How Perfect Is That - by Sarah Bird (Paperback) 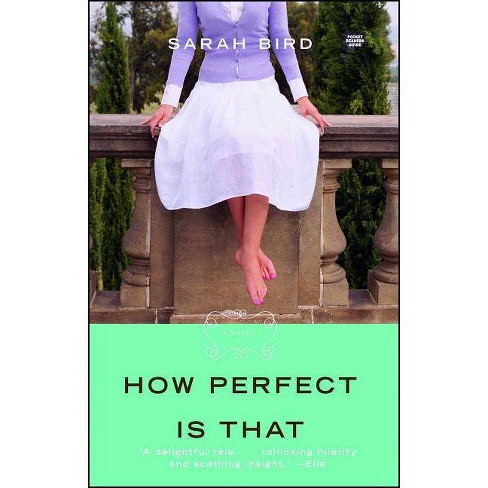 $19.99
no reviews yet
be the first!be the first! ratings
Shipping
Not available
Help us improve this page


Sarah Bird takes on Austin high society in this critically acclaimed, hilarious comedy of manners in which a newly divorced heroine eventually comes to realize what matters most in life.

In social satirist Sarah Bird's seventh novel, Blythe Young is happily immersed in Austin society after she marries Trey Biggs-Dix, naively signing a strict prenuptial agreement insisted upon by her mother-in-law. But when that same mother-in-law lands a better catch for her son ten years later, Blythe, now thirty-three and childless, is unceremoniously dumped. Penniless, desperate, but determined, Blythe finds herself taking refuge at Seneca House, the housing co-op where she lived a decade ago in college. There she encounters her old college roommate, the sweet Millie Ott, one of the many friends Blythe shucked off during a frenzy of social climbing. Before long, Blythe comes face to face with her past sins and dubious moral choices, and under the unlikely tutelage of Millie, the eternal optimist, Blythe is finally able to discover the path to real happiness. Combining the wicked humor of David Sedaris with the hip, trendy style of Lauren Weisberger, this fast-paced, and sharply observed tale is a comic triumph of a novel.
If the item details above aren’t accurate or complete, we want to know about it. Report incorrect product info.