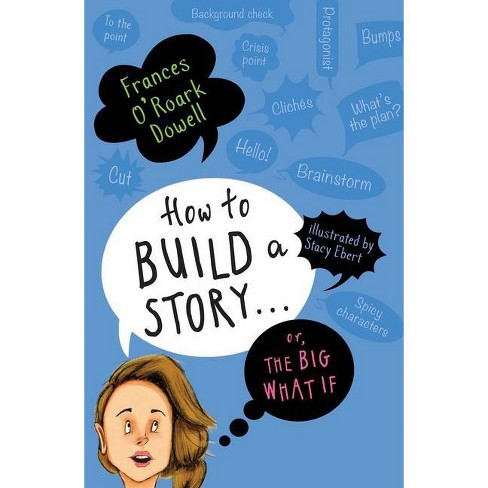 $17.99
new at target¬
0 out of 5 stars with 0 reviews
be the first!be the first! ratings
Help us improve this page

Frances O'Roark Dowell is the bestselling and critically acclaimed author of Dovey Coe, which won the Edgar Award and the William Allen White Award; Where I'd Like to Be; The Secret Language of Girls and its sequels The Kind of Friends We Used to Be and The Sound of Your Voice, Only Really Far Away; Chicken Boy; Shooting the Moon, which was awarded the Christopher Award; the Phineas L. MacGuire series; Falling In; The Second Life of Abigail Walker, which received three starred reviews; Anybody Shining; Ten Miles Past Normal; Trouble the Water; the Sam the Man series; The Class; and most recently, How to Build a Story. She lives with her family in Durham, North Carolina. Connect with Frances online at FrancesDowell.com. Stacy Ebert is an illustrator and writer for children. She's been creating art since she was young and has worked as a graphic designer. She wrote for her college newspaper and Her Voice magazine and penned a memoir before turning to picture book stories. If not illustrating, writing, telling, or reading a story--you might find her pressing dough, painting, teaching, or chalk labeling anything and everything. She creates on the prairie with her husband, three sons, one painted piano, and three coral peonies. Visit her online at StacyEbert.com.
If the item details above aren’t accurate or complete, we want to know about it. Report incorrect product info.