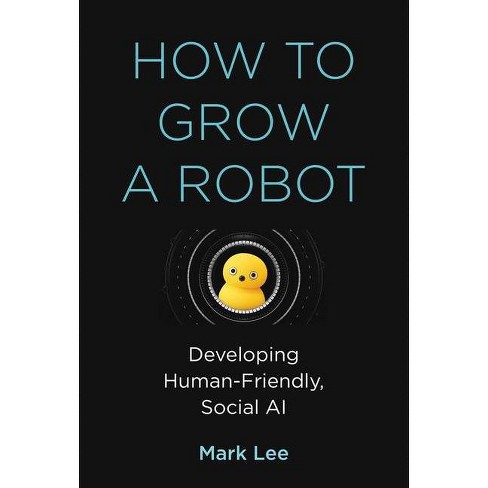 "Mark Lee considers that the current gains in machine learning and deep learning will not produce robots that can interact effectively with humans. The book then explores how robots can become more human-like, more general-purpose, and more social. The book introduces us to the core ideas in Developmental Robotics - showing how this new approach can "grow" robots through (their own) experience rather than building them from design. Original aspects include demonstrating that social robots must be embodied, that embodiment will be necessary for general artificial intelligence, and that threats from advanced technology are not inevitable but avoidable by involving human, social, and ethical issues. The material covers a wide scope; from simple robots to advanced AI. This gives an overview of this area and an appreciation of the main advances, problems, and issues. The scope if the readership is intended to be wide: aimed at a general, educated but not specialist audience. For this reason, an engineering viewpoint is adopted; technical details and philosophical aspects are minimized, thus promoting a practical perspective. The aim is to present the fundamental ideas behind AI and robotics in a clear, accessible form, appealing to common sense, so as to encourage the general reader to build their own informed assessment of these technologies. The hope is to reach a wide public readership - reaching anyone who wishes to know what robotics is about, where it is going, and what its limitations are"--

How to develop robots that will be more like humans and less like computers, more social than machine-like, and more playful and less programmed.

Most robots are not very friendly. They vacuum the rug, mow the lawn, dispose of bombs, even perform surgery--but they aren't good conversationalists. It's difficult to make eye contact. If the future promises more human-robot collaboration in both work and play, wouldn't it be better if the robots were less mechanical and more social? In How to Grow a Robot, Mark Lee explores how robots can be more human-like, friendly, and engaging.

Developments in artificial intelligence--notably Deep Learning--are widely seen as the foundation on which our robot future will be built. These advances have already brought us self-driving cars and chess match-winning algorithms. But, Lee writes, we need robots that are perceptive, animated, and responsive--more like humans and less like computers, more social than machine-like, and more playful and less programmed. The way to achieve this, he argues, is to "grow" a robot so that it learns from experience--just as infants do.

After describing "what's wrong with artificial intelligence" (one key shortcoming: it's not embodied), Lee presents a different approach to building human-like robots: developmental robotics, inspired by developmental psychology and its accounts of early infant behavior. He describes his own experiments with the iCub humanoid robot and its development from newborn helplessness to ability levels equal to a nine-month-old, explaining how the iCub learns from its own experiences. AI robots are designed to know humans as objects; developmental robots will learn empathy. Developmental robots, with an internal model of "self," will be better interactive partners with humans. That is the kind of future technology we should work toward.