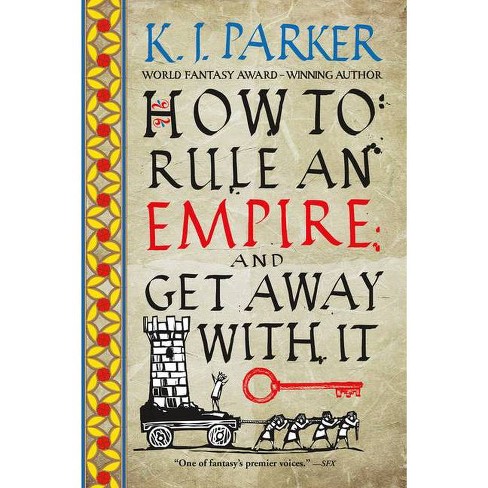 Full of invention and ingenuity . . . Great fun. - SFX on Sixteen Ways to Defend a Walled City
This is the history of how the City was saved, by Notker the professional liar, written down because eventually the truth always seeps through.
The City may be under siege, but everyone still has to make a living. Take Notker, the acclaimed playwright, actor, and impresario. Nobody works harder, even when he's not working. Thankfully, it turns out that people enjoy the theater just as much when there are big rocks falling out of the sky.
But Notker is a man of many talents, and all the world is, apparently, a stage. It seems that the empire needs him -- or someone who looks a lot like him -- for a role that will call for the performance of a lifetime. At least it will guarantee fame, fortune, and immortality. If it doesn't kill him first.
In the follow up to the acclaimed Sixteen Ways to Defend a Walled City, K. J. Parker has created one of fantasy's greatest heroes, and he might even get away with it.
For more from K. J. Parker, check out: Sixteen Ways to Defend a Walled City
The Two of SwordsThe Two of Swords: Volume OneThe Two of Swords Volume TwoThe Two of Swords: Volume Three
The Fencer TrilogyColours in the SteelThe Belly of the BowThe Proof House
The Scavenger TrilogyShadowPatternMemory
Engineer TrilogyDevices and DesiresEvil for EvilThe EscapementThe CompanyThe Folding KnifeThe HammerSharps
If the item details above aren’t accurate or complete, we want to know about it. Report incorrect product info.