How to Win the Bachelor - by Chad Kultgen & Lizzy Pace (Hardcover) 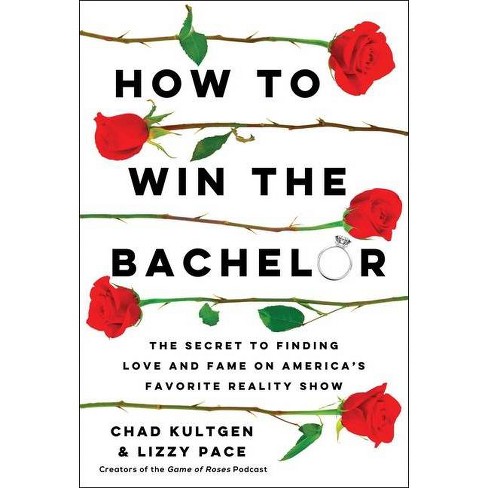 Perfect for fans of Bachelor Nation and Seinfeldia, an illuminating deep dive into the most successful reality TV franchise of all time--The Bachelor. Since its premiere in 2002, ABC's The Bachelor has become a staple of American television. Now, discover the fascinating history of the show, uncover the ins and outs of the phenomenon that has become Bachelor Nation, and take a deeper look at what separates the winners from the losers. From how best to exit the limo on Night One, to strategies for making a run for the all-important First Impression Rose, to how to avoid being labeled a villain, this clear-eyed guide illustrates the rules and strategies any would-be contestant should know. The ultimate must-read for every fan, How to Win the Bachelor gives you an inside look at the franchise where The Rose holds all the power.

"Treating the show as a pro sport, the authors analyze which moves most often lead to success. Fans will be delighted." --People

"Novelist Kultgen (Strange Animals) and TV writer Pace, hosts of the Bachelor-themed podcast Game of Roses, take fandom to a new level with this entertaining how-to for snatching the final rose on the popular reality series. Bachelor fans would do well to grab a highlighter." --Publishers Weekly

Chad Kultgen is a bestselling author, journalist, screenwriter, and podcast host. His novels include The Lie; The Average American Male; Strange Animals; The Average American Marriage; and Men, Women, and Children. He is also the creator of the NBC series Bad Judge. Follow him on Twitter @ChadKultgen. Lizzy Pace is a network comedy television writer, with credits including NBC's Bad Judge and the Emmy-nominated series The Good Place, starring Ted Danson and Kristen Bell. Her writing has also appeared on Funny or Die and PopCultureSensation. Follow her on Twitter at @PaceCase.
If the item details above aren’t accurate or complete, we want to know about it. Report incorrect product info.