How We Live Now - by Bill Hayes (Hardcover) 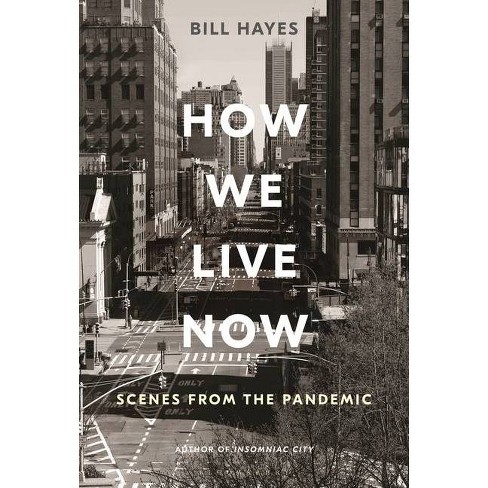 $20.00
new at target¬
0 out of 5 stars with 0 reviews
be the first!be the first! ratings
Help us improve this page

"Bill Hayes has unwrapped a New York under wraps during the lockdown. He is, in his photos and writings, the great poet of the everyday." --Edmund White

"This is a love story-for one particular man in the love affair that began as the pandemic did, for the city of New York and its people coping with an unanticipated catastrophe, for what words can do, for the light and darkness, shade and illumination of black-and-white street photography, for wandering and encountering and seeing, for being truly a citizen of the city and an inhabitant of the streets. Even at a moment when we were all supposed to withdraw from each other How We Live Now reaches out." --Rebecca Solnit "Images of empty streets and subways, when juxtaposed with Hayes's recollections-mostly of romances and amusing encounters with other New Yorkers-make for a startlingly potent contrast and show how abruptly life shifted from the pre-coronavirus world to the 'new normal' of today. . . . Hayes's photos movingly capture a fraught and frightening moment in history." --Publishers Weekly "A touching volume . . . The photos serve as potent documentation of an unprecedented time." --Kirkus Reviews "An achingly timely and moving portrait." --Booklist "[A] loving tribute to Sacks and to New York . . . Frank, beautiful, bewitching-[Hayes's photographs] unmask their subjects' best and truest selves." --Jennifer Senior, New York Times on INSOMNIAC CITY "Poetic and profound . . . A lyrical reminder that happiness and heartache are inseparably entwined . . . Insomniac City is an ineffably splendid read in its entirety, a mighty packet of pure aliveness." --Maria Popova, Brain Pickings on INSOMNIAC CITY "Like Patti Smith's haunting M Train, Hayes' book weaves seemingly disparate threads of memory into a kind of sanctuary . . . where one can shake off the treasured relics of past lives and prepare to be reborn anew." --San Francisco Chronicle on INSOMNIAC CITY
If the item details above aren’t accurate or complete, we want to know about it. Report incorrect product info.