Howard and the Mummy - by Tracey Fern (Hardcover) 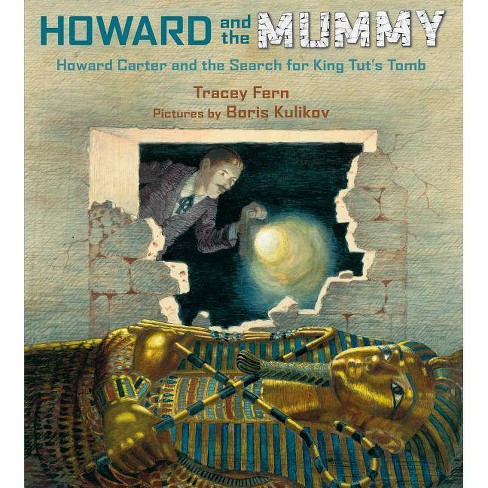 "Fern and Kulikov unearth another of history's monumental finds in their picturesque biography of Carter . . . Kulikov's beautiful artwork reflects the richness of both desert and tomb, and creative page layouts draw the eye. An arresting addition to the trove of Tut tomes." --Booklist

"Kulikov's mixed-media illustrations, which reflect the hues of the Egyptian desert, beautifully complement and extend the text. . .Readers, like Howard Carter before them, can indeed find 'wonderful things' here." --The Horn Book

"The author chooses information that will delight readers and Kulikov's deftly placed mixed media illustrations amplify the tone as well as the content." --School Library Journal

Barnum's Bones
"T. rex lovers will gobble it up, and seekers of easy biographies will be hot on their heels." --School Library Journal, starred review

"Will captivate the masses of kids whose jaws drop in the presence of hulking fossils." --Booklist, starred review

"Fern fills her text with all the salient facts but uses a breezy, humorous, awestruck voice that strikes just the right tone in telling the story of this fascinating, quirky scientist." --Kirkus Reviews, starred review