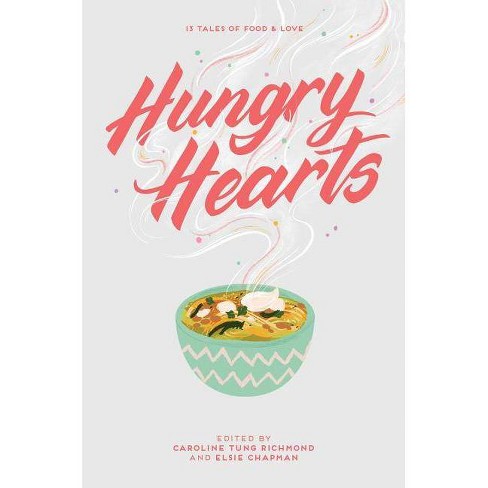 Elsie Chapman grew up in Prince George, Canada, and has a degree in English literature from the University of British Columbia. She is the author of the YA novels Dualed, Divided, and Along the Indigo, the middle grade novel All the Ways Home, and the coeditor of A Thousand Beginnings and Endings and Hungry Hearts. She currently lives in Tokyo, Japan, with her family. You can visit her online at ElsieChapman.com. Caroline Tung Richmond is the award-winning author of The Only Thing to Fear, The Darkest Hour, and Live in Infamy, and the coeditor of Hungry Hearts. She's also the program director of We Need Diverse Books, a nonprofit that promotes diversity in children's literature. A self-proclaimed history nerd and cookie connoisseur, Caroline lives with her family in the Washington, DC, area. Visit her online at CarolineTRichmond.com. Sandhya Menon is the New York Times bestselling author of When Dimple Met Rishi, Of Curses and Kisses, and many other novels that also feature lots of kissing, girl power, and swoony boys. Her books have been included in several cool places, including the Today show, Teen Vogue, NPR, BuzzFeed, and Seventeen. A full-time dog servant and part-time writer, she makes her home in the foggy mountains of Colorado. Visit her online at SandhyaMenon.com. S. K. Ali is a teacher based in Toronto whose writing on Muslim culture and life has appeared in the Toronto Star. Her family of Muslim scholars is consistently listed in the The 500 Most Influential Muslims in the World, and her insight into Muslim culture is both personal and far-reaching. A mother of a teenage daughter herself, S. K. Ali's debut YA is a beautiful and nuanced story about a young woman exploring her identity through friendship, family, and faith. Rebecca Roanhorse is the New York Times bestselling author of Trail of Lightning, Storm of Locusts, Star Wars: Resistance Reborn, and Race to the Sun. She has won the Nebula, Hugo, and Locus Awards for her fiction, and was the recipient of the 2018 Astounding (formerly Campbell) Award for Best New Writer. Her forthcoming book, Black Sun, is out in October. She lives in New Mexico with her family. Phoebe North is the author of Starglass and Starbreak. She received her MFA in poetry at the University of Florida. She lives in New York State with her husband, her daughter, and her cat. Visit her at PhoebeNorth.com. Karuna Riazi is a born and raised New Yorker, with a loving, large extended family and the rather trying experience of being the eldest sibling in her particular clan. Besides pursuing a BA in English literature from Hofstra University, she is an online diversity advocate, blogger, and publishing intern. Karuna is fond of tea, baking new delectable treats for friends and family to relish, Korean dramas, and writing about tough girls forging their own paths toward their destinies. She is the author of The Gauntlet and The Battle.
If the item details above aren’t accurate or complete, we want to know about it. Report incorrect product info.