Hurts to Love You - (Forbidden Hearts, 3) by Alisha Rai (Paperback) 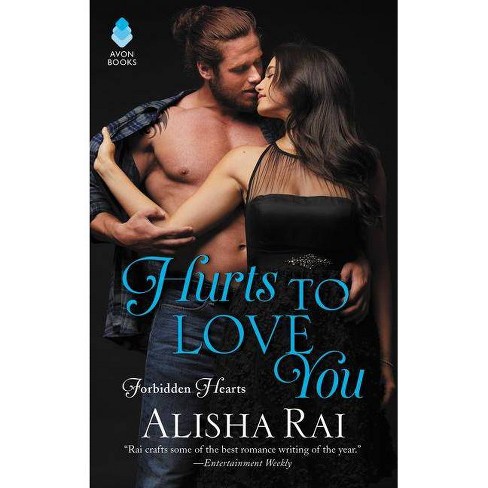 Well-behaved women don't lust after men who love to misbehave

Heiress Evangeline Chandler knows how to keep a secret . . . like her life-long crush on the tattooed hottie who just happens to be her big brother's friend. She's a Chandler, after all, and Chandlers don't hook up with the help. Then again, they also don't disobey their fathers and quit their respectable jobs, so good-girl rules may no longer apply.

Gabriel Hunter hides the pain of his past behind a smile, but he can't hide his sudden attraction to his friend's sheltered little sister. Eve is far too sweet to accept anything less than forever, and there's no chance of a future between the son of a housekeeper and the town's resident princess.

When a wedding party forces Eve and Gabe into tight quarters, keeping their hands off each other will be as hard as keeping their clothes on. The need that draws them together is stronger than the forces that should shove them apart . . . but their sparks may not survive the explosion when long-buried secrets are finally unearthed.

--Publishers Weekly
If the item details above aren’t accurate or complete, we want to know about it. Report incorrect product info.