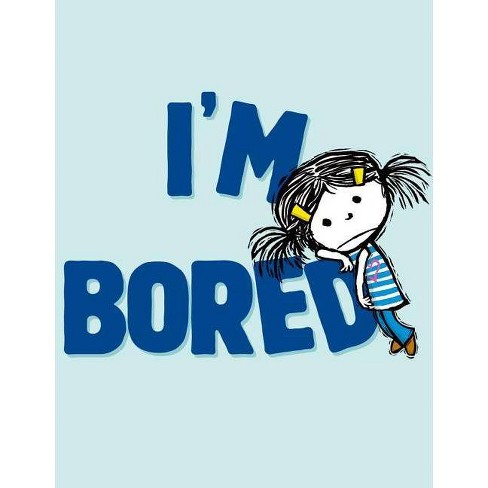 When a bored girl meets a potato who finds children tedious, she tries to prove him wrong by demonstrating all of the things they can do, from turning cartwheels to using their imaginations. Full color.

There is NOTHING boring about being a kid, but one little girl is going to have to prove it in this anything-but-boring picture book from comedian Michael Ian Black. Just when a little girl thinks she couldn't possibly be more bored, she stumbles upon a potato who turns the tables on her by declaring that children are boring. But this girl isn't going to let a vegetable tell her what's what, so she sets out to show the unimpressed potato all the amazing things kids can do. Too bad the potato is anything but interested....
This tongue-in-cheek twist on a familiar topic is sure to entertain anyone who's ever been bored--or had to hear about someone else being bored--and is filled with comedian Michael Ian Black's trademark dry wit, accompanied by charismatic illustrations from newcomer Debbie Ridpath Ohi.

* Black (A Pig Parade Is a Terrible Idea) keeps this simple concept funny all the way through its final, LOL zinger. Debut illustrator Ohi's minimalist, scraggly digital drawings are anything but boring, and speak volumes about irritation, desperation, and disdain.--Publishers Weekly, starred review

[Michael Ian] Black, a comedian, has become a fine children's book storyteller.... Readers will not be bored.-- "The New York Times Book Review"

Beautifully written by Michael Ian Black and gorgeously illustrated by Debbie Ridpath Ohi... It has the courage to go unfashionably old-school and suggest that our imagination, not our gadgets, is the only cure [for boredom].... Both the writing and the illustrations are fearless.-- "The Globe & Mail"

Fans of Mo Willems' Elephant and Piggie series will delight in the latest book by American comedian Michael Ian Black, illustrated by Toronto graphic artist Debbie Ridpath Ohi. Echoing Willems, Black's story is constructed around the dialogue of an unlikely couple, in this case a small girl and a potato. The text is perfectly complemented by Ohi's quirky minimalist drawings.-- "Quill & Quire"

Ohi's captivating, digitally created illustrations are full of wit and charm.... Quirky and fun to read aloud, this book is a sure antidote for cases of ennui.-- "School Library Journal"

Sometimes a picture book gets it just right. And by 'it, ' I mean clever concept, smart execution and all-around child-friendly vibe. It's rare for one of those picture books to have been written by a so-called celebrity author--someone who made a name for him or herself in Hollywood and then decided to write children's books--but Michael Ian Black has proven to be the exception to the rule.--Julie Danielson "Kirkus Reviews blog"

Michael Ian Black is a writer, comedian, and actor who has appeared on Another Period, The Jim Gaffigan Show, and Wet Hot American Summer: First Day of Camp. He created and starred in many television series, has written screenplays, and regularly tours the country as a stand-up comedian. Michael is the bestselling author of the book My Custom Van, the memoir You're Not Doing It Right, and the children's books Chicken Cheeks, The Purple Kangaroo, A Pig Parade Is a Terrible Idea, I'm Bored, Naked!, Cock-a-Doodle-Doo-Bop!, and I'm Sorry. Michael lives in Connecticut with his wife and two children. Debbie Ridpath Ohi is the author of Where Are My Books?. Her illustrations also appear in Sea Monkey and Bob, written by Aaron Reynolds; I'm Bored (a New York Times Notable Book), Naked!, and I'm Sorry, written by Michael Ian Black; as well as ten Judy Blume chapter books and middle grade titles. For more info, visit DebbieOhi.com or @InkyElbows on Twitter.
If the item details above aren’t accurate or complete, we want to know about it. Report incorrect product info.