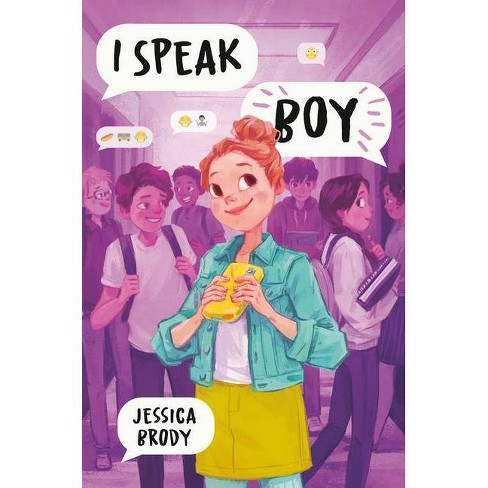 Twelve-year-old Emmy is struggling to understand boys when she discovers a magic "app" that can read their thoughts, which soon drives a wedge between her and best friend Harper.

A phone-obsessed twelve-year-old girl, frustrated by the cryptic boys in her life, discovers a magic app that can read boys' thoughts in this modern-day retelling of Emma by Jane Austen. After a matchmaking attempt for her best friend, Harper, goes wrong, Emmy is fed up. Why are boys so hard to figure out? But then something amazing happens--she wakes up with a new app on her phone: iSpeak Boy! Suddenly Emmy has the information every girl wants to know--the super-secret knowledge of how boys think . . . and who they like! Now Emmy is using her magical app to make matches left and right. But can she use it to help Harper, the only person who doesn't seem to buy into Emmy's gift? And when her secret gets out and the app ends up in the wrong hands, can Emmy figure out how to undo the damage she's caused?

Jessica Brody is the author of Better You Than Me and Addie Bell's Shortcut to Growing Up as well as several books for teens, including Sky Without Stars, Between Burning Worlds, The Geography of Lost Things, A Week of Mondays, and 52 Reasons to Hate My Father. She also writes the Descendants: School of Secrets series, based on the hit Disney Channel original movie Descendants. She lives near Portland, Oregon, with her husband and three very barky dogs who will do anything for cheese.

God Is with Us - by Amy Parker (Board Book)

Save the Cat! Writes a Young Adult Novel - by Jessica Brody (Paperback)

The Chaos of Standing Still - by Jessica Brody

In Some Other Life - by Jessica Brody (Paperback)

Save the Cat! Writes a Novel - by Jessica Brody (Paperback)