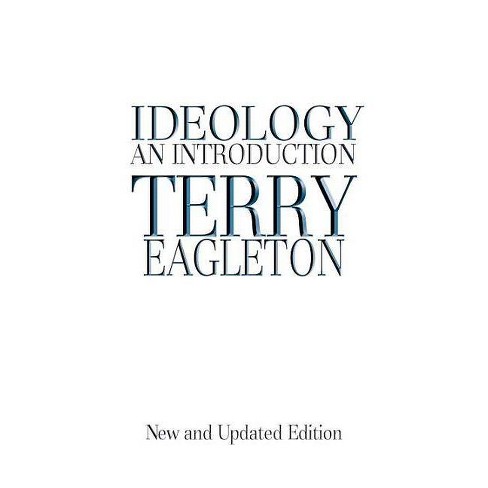 The best guide available to this complex concept.

Ideology has never before been so much in evidence as a fact and so little understood as a concept as it is today. In this now classic work, originally written for both newcomers to the topic and for those already familiar with the debate, Terry Eagleton unravels the many different definitions of ideology, and explores the concept's torturous history from the Enlightenment to postmodernism. The book provides lucid accounts of the thought of key Marxist thinkers, as well as of Schopenhauer, Nietzsche, Freud and the various post-structuralists. Now updated in the light of current theoretical debates, this essential text by one of our most important contemporary critics clarifies a notoriously confused subject. Ideology is core reading for students and teachers of literature and politics.

Terry Eagleton is Professor of Cultural Theory and John Rylands Fellow, University of Manchester. His other books include Ideology; The Function of Criticism; Heathcliff and the Great Hunger; Against the Grain; Walter Benjamin; and Criticism and Ideology, all from Verso.
If the item details above aren’t accurate or complete, we want to know about it. Report incorrect product info.