If This Were a Story - by Beth Turley 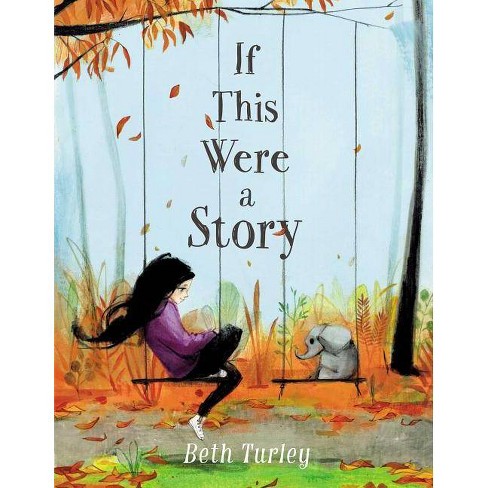 In the tradition of "Crenshaw" and "The Thing About Jellyfish, " this sweet and sincere debut follows 10-year-old Hannah as she copes with the bullies at school and troubles at home through the power of stories.

"An imaginative debut." --Booklist
"Hannah's growth is organic and well earned." --Publishers Weekly In the tradition of Crenshaw and The Thing About Jellyfish, ten-year-old Hannah copes with the bullies at school and troubles at home through the power of stories in this sweet and sincere debut. Tenacious. That means strong-willed. My mother calls me that. I wish I felt the same way. If this were a story, I would discover I was a direct descendent of a famous soldier who won countless battles and protected hundreds of people. This resilience running through my veins wouldn't be damaged by the notes; it would fight off bullies and prevent my parents from yelling at each other. But this is not a story. This is real life. My life as ten-year-old Hannah Geller, who is the only girl in fifth grade to have little red bumps on her face, is unable to let the sad thoughts escape her mind, and leaves heads-up pennies wherever she can to spread good luck. And who also finds magic in the most unlikely of places.

"Hannah's growth is organic and well earned."--Publishers Weekly "Like Ali Benjamin's The Thing about Jellyfish (2015), Turley's accomplished novel is deeply rooted in the imagination of its protagonist, whose hopes and fears are truthfully voiced. . . .An imaginative debut."--Booklist

Beth Turley is a graduate of the MFA in creative and professional writing program at Western Connecticut State University. She lives and writes in southeastern Connecticut, where the leaves changing color feels like magic and the water is never too far away. She is the author of If This Were a Story, The Last Tree Town, and The Flyers. Visit her on Twitter @Beth_Turley.
If the item details above aren’t accurate or complete, we want to know about it. Report incorrect product info.