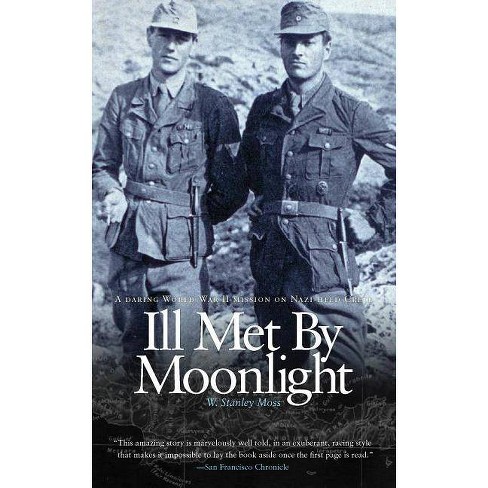 "This amazing story is marvelously well told, in an exuberant, racing style that makes it impossible to lay the book aside once the first page is read."--San Francisco Chronicle

Ill Met By Moonlight is the gripping account of the audacious World War II abduction of a German general from the island of Crete. British special forces officers W. Stanley Moss and Patrick Leigh Fermor, together with a small band of Cretan partisans, kidnapped the general, then evaded numerous German checkpoints and patrols for nearly three weeks as they maneuvered across the mountainous island to a rendezvous with the boat that finally whisked them away to Allied headquarters in Cairo.

"It was a mad adventure, and it came off. Moss recorded the whole escapade in a diary, which survives as a thrilling account of one of the most reckless and dramatic actions of the war."--Patrick Leigh Fermor

"A twin masterpiece of action and narrative."--Spectator

"[An] exciting account of a feat which demanded an extreme of daring and determination."--London Times

W. Stanley Moss was a World War II hero and later a best-selling author. He traveled extensively after the war, notably to Antarctica with a British Antarctic Expedition. Eventually he settled in Kingston, Jamaica. Paul Dry Books also publishes A War of Shadows, Moss's sequel to Ill Met By Moonlight--a rousing account of his World War II adventures as an agent in Crete, Macedonia, and the Siamese jungle.