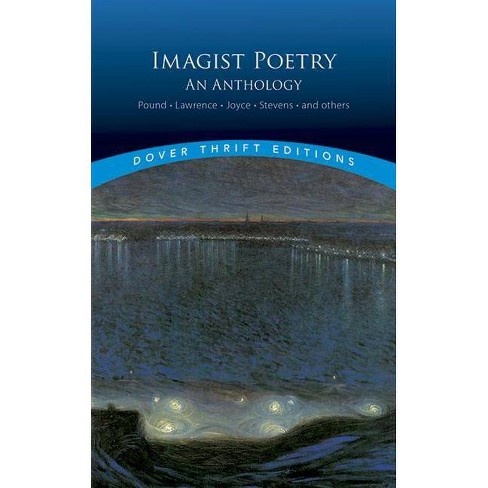 Over 180 well-chosen Imagist gems appear in this tribute to an important and influential poetic movement of the 20th century. Includes short verse by Pound, Lawrence, Hilda Doolittle, Joyce, Stevens, others.

Many of the 20th century's most important and influential poets rallied under the banner of Imagism, a radical poetic movement that extended the frontiers of English literature. By following a strict set of principles -- including direct treatment of the subject, minimal use of adjectives, precision of language, and the development of an individual rhythmic style -- the Imagists created dazzling works of gemlike appeal.
This volume contains over 180 well-chosen Imagist masterpieces by Erza Pound, D. H. Lawrence, H. D. (Hilda Doolittle), James Joyce, Wallace Stevens, William Carlos Williams, and other masters. Its roster of lesser-known poets features Richard Aldington, Walter Conrad Arensberg, Skipworth Cannéll, Adelaide Crapsey, John Gould Fletcher, and many others.
Several of these poems appeared first in books by the represented poets and in the very first Imagist anthologies; others were published in such journals as Poetry, The Dial, The Trend, and The Egoist. Carefully chosen for their individual poetic strengths as well as their characteristic illustration of Imagism, these verses represent the very best of thousands of imagistic verses published from 1913 to 1922.

Bob Blaisdell is professor of English at the City University of New York's Kingsborough Community College and the editor of twenty-two Dover literature and poetry collections.
If the item details above aren’t accurate or complete, we want to know about it. Report incorrect product info.