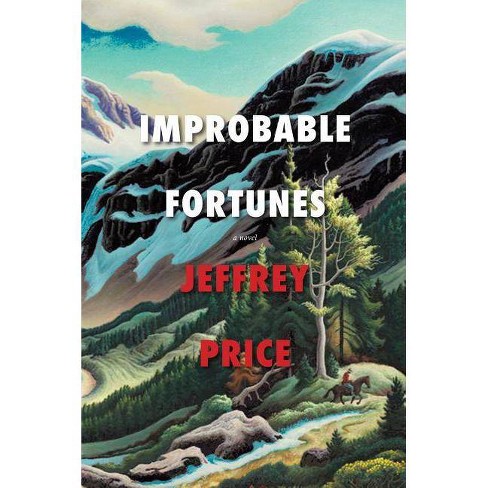 $7.99
MSRP$17.95
no reviews yet
be the first!be the first! ratings
Shipping
Free standard shipping with RedCard
Help us improve this page

Winner of the 2016 Laramie Awards for Western Fiction
Longlisted for a Reading the West Book Award
Finalist for the Colorado Book Award for Best Fiction
Finalist for the High Plains Book Awards In Improbable Fortunes, Jeffrey Price takes us on a wild ride into Vanadium, a dusty, down-on-its-heels mining town in southwest Colorado--where it would be fair to assume that nothing has ever happened. But you'd be wrong. As it turns out, quite a lot has happened, starting with a suspicious mudslide that destroys the town's Main Street and a cowboy, Buster McCaffrey, arrested for the death of one of the richest men in America, Marvin Mallomar. As the soon-to-retire Sheriff, Shep Dudival, investigates the circumstances surrounding the murder, it comes to light that Buster and Mallomar's young wife were having a Cowboy Always Rings Twice affair. From there, Price takes this familiar story plot and turns it on its head--folding a rococo cast of Vanadium's characters into a timeline that begins with Vanadium's post-WWII labor strife and ends with the Kulturkampf of present day. While it may all seem humorous and surreal at first blush, one gets the feeling by Improbable Fortunes' unguessable conclusion that Price has used the fictitious town of Vanadium--a place without a recognizable gas station, a decent restaurant, or a clean bathroom--as the Rosetta Stone for something larger.
If the item details above aren’t accurate or complete, we want to know about it. Report incorrect product info.