In/Formed by the Land - by Carl Abbott (Hardcover) 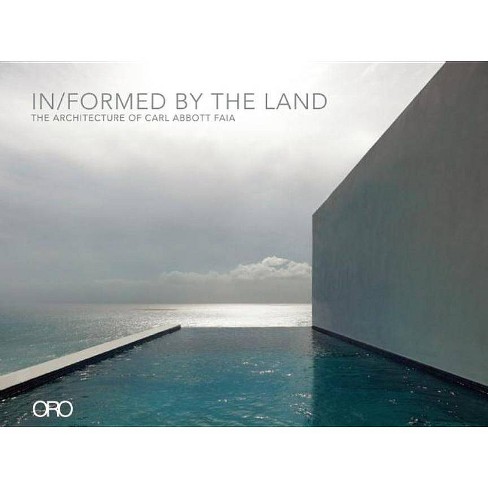 The work of Florida based architect Carl Abbott melds his interests in ancient design concepts, sculptural forms and the ever-changing dance of light and nature. Having grown up in the rural 'low-country' of Georgia, Abbott gained a deep respect for the environment, which has influenced his life's work. He feels deeply that landscapes and light shape people, and he has mastered a unique way of bringing them both into our spaces and our lives.
After receiving his undergraduate degree, with honors from the University of Florida, with studies under Buckminster Fuller, Abbott went on to Master's studies under Paul Rudolph and Louis Kahn at Yale. Later, he started his own firm in 1966 Sarasota becoming part of Rudolph's Sarasota School of Architecture, which was revolutionary in its way of working with the land, sun, and breezes. Earlier in his career Abbott worked in Hawaii, in New York with I.M. Pei, and in London with Yale classmates Norman Foster and Richard Rogers. He has intentionally kept his firm small to allow for close personal involvement in each project.
Abbott was elected a Fellow of the American Institute of Architects and is one of the most highly awarded architects in the AIA Florida / Caribbean Region. Among his recognitions is the Medal of Honor for Design, which is the highest design award given, the Architectural Firm Award, and a number of 'Test of Time' Awards. The University of Florida awarded him their Distinguished Alumni Award. He has lectured throughout the US and Europe, and has taught at many universities including the University of Florida, Harvard and Yale. He has had several projects named 'Record Houses' by Architectural Record and his work has been featured in numerous international publications. In/Formed by the Land is the first book exclusively on Abbott's design process and architecture.