In the Waves - by Rachel Lance (Paperback) 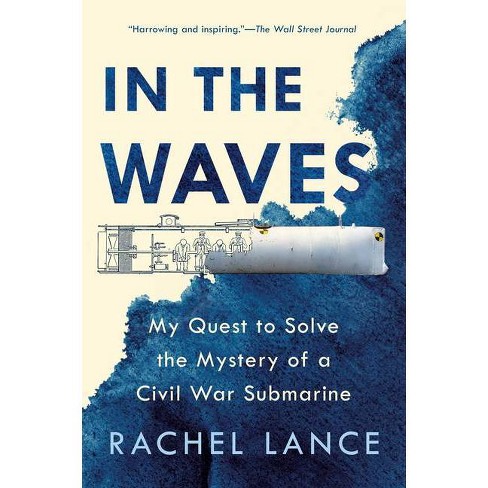 
One of The Most Fascinating Books WIRED Read in 2020 One part science book, one part historical narrative, one part memoir . . . harrowing and inspiring."--The Wall Street Journal How a determined scientist cracked the case of the first successful--and disastrous--submarine attack

On the night of February 17, 1864, the tiny Confederate submarine HL Hunley made its way toward the USS Housatonic just outside Charleston harbor. Within a matter of hours, the Union ship's stern was blown open in a spray of wood planks. The explosion sank the ship, killing many of its crew. And the submarine, the first ever to be successful in combat, disappeared without a trace. For 131 years the eight-man crew of the HL Hunley lay in their watery graves, undiscovered. When finally raised, the narrow metal vessel revealed a puzzling sight. There was no indication the blast had breached the hull, and all eight men were still seated at their stations--frozen in time after more than a century. Why did it sink? Why did the men die? Archaeologists and conservationists have been studying the boat and the remains for years, and now one woman has the answers. In the Waves is much more than just a military perspective or a technical account. It's also the story of Rachel Lance's single-minded obsession spanning three years, the story of the extreme highs and lows in her quest to find all the puzzle pieces of the Hunley. Balancing a gripping historical tale and original research with a personal story of professional and private obstacles, In the Waves is an enthralling look at a unique part of the Civil War and the lengths one scientist will go to uncover its secrets.

In addition to writing, Rachel Lance is a biomedical engineer who specializes in patterns of injury and trauma, and she is especially fascinated by blast and ballistic events. She works as an assistant consulting professor at Duke University, where she conducts research at the Center for Hyperbaric Medicine and Environmental Physiology. Before returning to graduate school to earn her PhD, Rachel spent several years as an engineer for the United States Navy, working to build and test specialized underwater equipment for use by navy personnel. Her doctoral work presented the first equations to predict the risk of injury and fatality from underwater explosions and has already received numerous international citations. A native of suburban Detroit, Rachel lives with her husband in Durham, North Carolina. In the Waves is her first book.
If the item details above aren’t accurate or complete, we want to know about it. Report incorrect product info.