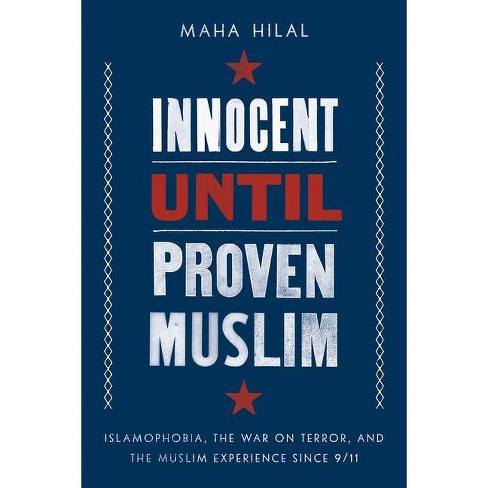 In this powerful book, Dr. Maha Hilal tells the story of two decades of the War on Terror, through both an overview of the policies created under its umbrella and the lived realities of Muslim Americans who have experienced hate and discrimination as a result.

On September 11, 2001, nineteen terrorists hijacked four airplanes and carried out attacks on the United States, killing more than three thousand Americans and sending the country reeling.

Three days after the attacks, President George W. Bush declared, ""This is a day when all Americans from every walk of life unite in our resolve for justice and peace."" Yet in the days following, Bush declared a ""War on Terror,"" which would result in years of Muslims being targeted on the basis of collective punishment and scapegoating.

In 2009, President Barack Obama said, ""America must play its role in ushering in a new era of peace."" Instead, Obama perpetuated the War on Terror's infrastructure that Bush had put in place, rendering his words entirely empty. President Donald Trump's overtly Islamophobic rhetoric added fuel to the fire, stoking public fears to justify the continuation of the War his predecessors had committed to.

In Innocent until Proven Muslim, scholar and organizer Dr.Maha Hilal tells the powerful story of two decades of the War on Terror, exploring how the official narrative has justified the creation of a sprawling apparatus of state violence rooted in Islamophobia and excused its worst abuses. Hilal offers not only an overview of the many iterations of the War on Terror in law and policy, but also examines how Muslim Americans have internalized oppression, how some influential Muslim Americans have perpetuated collective responsibility, and how the lived experiences of Muslim Americans reflect what it means to live as part of a ""suspect"" community. Along the way, this marginalized community gives voice to lessons that we can all learn from their experiences, and to what it would take to create a better future.

Twenty years after the tragic events of 9/11, we must look at its full legacy in order to move toward a United States that is truly inclusive and unified.

"This is the book we've been waiting for: a people's history of the US-led War on Terror. In Innocent until Proven Muslim, we have a coherent and damning exposé of the never-ending US response to 9/11 and the complicit Muslims who have signed on to this catastrophic project." --Dr. Nazia Kazi, author of Islamophobia, Race, and Global Politics, and associate professor of anthropology at Stockton University

"As a former Guantanamo Bay prisoner for 14 years, I've found few books that can speak to the violence of a war of which I was, and continue to be, a casualty. Dr. Hilal's book brilliantly exposes the destructive logics behind the war and its innumerable impacts--visible and invisible--on Muslims across the globe. Her unflinching commitment to presenting a comprehensive account of the structures and harms of the War on Terror will inevitably shift the tide towards justice and accountability for Muslims. This couldn't be more important at this juncture in time." --Mohamedou Slahi, author of Guantánamo Diary

"In this important book, Dr. Maha Hilal shows how the War on Terror both reflected and reinforced ideas of American exceptionalism and negative stereotypes about Islam and its adherents. In tightly argued prose, Hilal details exactly how, in the aftermath of the 9/11 attacks, the state exploited these Islamophobic tropes to shape an idea of terrorism as an almost exclusively Muslim phenomenon. She deftly explicates how the government leveraged this prejudicial narrative to fundamentally reshape the legal and policy landscape in an unprecedented expansion of executive power that would permit it to operate outside of the limits imposed by existing legal institutions. Anyone attempting to come to grips with the harm this war has done to Muslims and Muslim Americans, American constitutionalism and the wider world, will have to address the fundamental questions this vital book raises." --Dr. David Fagelson, Associate Professor, American University

"Dr. Maha Hilal's powerful and accessible account of the US War on Terror is nothing less than a freedom manifesto for the twenty-first century. Guiding the reader step by step through the War on Terror's false premises and horrific policies, Dr. Hilal provides us with the unapologetic and bold ideas needed to free us from the internalized oppression and racist assumptions at the heart of this never-ending war. This book lights the path of liberation." --Edward E. Curtis IV, William M. and Gail M. Plater Chair of the Liberal Arts, IU School of Liberal Arts, Indianapolis

"In this accessible and inspiring introduction, readers will find a critical account of the institutional and intimate violence of the War on Terror, as well as Muslim resistance to it. Dr. Hilal's deep commitment to social justice informs this primer, which covers an impressively extensive set of issues, ranging from torture at Guantánamo Bay prison, to Africom, to American Muslim participation in counterterrorism." --Atiya Husain, assistant professor of sociology and American studies at University of Richmond

"The dominant political narrative of the War on Terror focuses on the US as a victim of unjust violence as opposed to a perpetrator of it. Maha Hilal corrects this narrative by centering Muslim perspectives and exploring Muslim experiences in relation to the brutal violence unleashed by the US government after 9/11. Hilal sets a new and higher standard for how to reflect critically and courageously on the War on Terror and its devastating impact." --Todd Green, author of The Fear of Islam: An Introduction to Islamophobia in the West