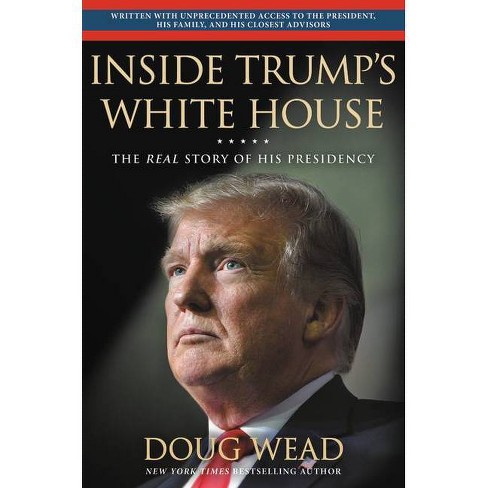 Discusses "Trump's first years in office, covering everything from election night to the news of today [in a book favorable to the 45th president]"--Publisher marketing.

After dozens of books and articles by anonymous sources, here is finally a history of the Trump White House with the President and his staff talking openly, on the record.
In Inside Trump's White House, Doug Wead offers a sweeping, eloquent history of President Donald J. Trump's first years in office, covering everything from election night to the news of today. The book will include never-before-reported stories and scoops, including how President Trump turned around the American economy, how he never complains and never explains, and how his actions sometimes lead to misunderstandings with the media and the public. It also includes exclusive interviews with the Trump family about the Mueller report, and narrates their reactions when the report was finally released.
Contains Interviews with the President in the Oval Office, chief of staff, Mick Mulvaney, Jared and Ivanka Kushner, Donald Trump, Jr., Eric and Lara Trump, and White House insiders.

Doug Wead is a New York Times bestselling author who has written more than thirty books. He has served as an adviser to two American presidents, co-authored a book with one of them and served on senior staff at the White House. He lives outside of Washington, D.C. with his wife, Myriam.
If the item details above aren’t accurate or complete, we want to know about it. Report incorrect product info.