Into That Silent Sea - (Outward Odyssey: A People's History of Spaceflight) (Paperback) 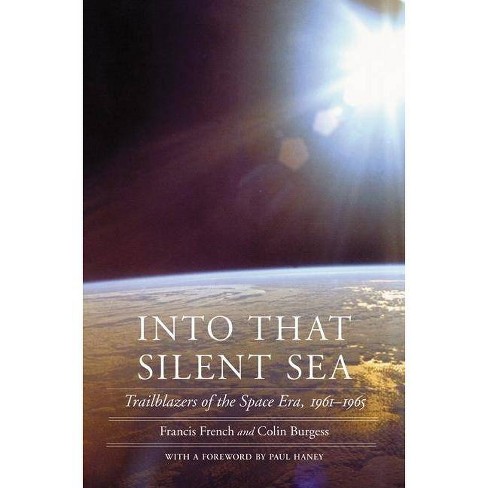 $18.69
no reviews yet
be the first!be the first! ratings
Shipping
Free standard shipping with RedCard
Loading, please wait...
Help us improve this page

It was a time of bold new technology, historic moments, and international jousting on the final frontier. But it was also a time of human drama, of moments less public but no less dramatic in the lives of those who made the golden age of space flight happen. These are the moments and the lives that Into That Silent Sea captures, a book that tells the intimate stories of the men and women, American and Russian, who made the space race their own and gave the era its compelling character.

These pages chronicle a varied and riveting cavalcade of human stories, including a look at Yuri Gagarin's harrowing childhood in war-ravaged Russia and Alan Shepard's firm purchase on the American dream. It also examines the controversial career of cosmonaut Valentina Tereshkova, the first woman in space, and the remarkable struggle and ultimate disappointment of her American counterparts. It tries to uncover the truth behind the allegations that shadowed Gus Grissom and Scott Carpenter and then allows the reader to share the heart-stopping suspense of Alexei Leonov's near-fatal first space walk. Through dozens of interviews and access to Russian and American official documents and family records, the authors bring to life the experiences that shaped the lives of the first astronauts and cosmonauts and forever changed their world and ours.

Francis French is the director of education at the San Diego Air and Space Museum and the coauthor with Colin Burgess of In the Shadow of the Moon: A Challenging Journey to Tranquility, 1965-1969 (Nebraska 2007).

Colin Burgess is a former flight service director with Qantas Airlines and the author of many books on spaceflight, including Fallen Astronauts: Heroes Who Died Reaching for the Moon, available in a Bison Books edition.

A NASA public affairs officer from 1958 to 1969, Paul Haney was known widely as NASA's "voice of mission control."