Into the Deep - by Abigail Rine Favale (Paperback) 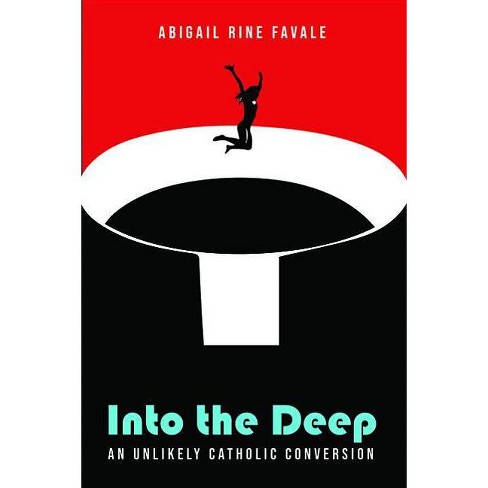 Into the Deep traces one woman's spiritual odyssey from birthright evangelicalism through postmodern feminism and, ultimately, into the Roman Catholic Church. As a college student, Abigail Favale experienced a feminist awakening that reshaped her life and faith. A decade later, on the verge of atheism, she found herself entering the oldest male-helmed institution on the planet--the last place she expected to be. With humor and insight, the author describes her gradual exodus from Christian orthodoxy and surprising swerve into Catholicism. She writes candidly about grappling with wounds from her past, Catholic sexual morality, the male priesthood, and an interfaith marriage. Her vivid prose brings to life the wrenching tumult of conversion--a conversion that began after she entered the Church and began to pry open its mysteries. There, she discovered the startling beauty of a sacramental cosmos, a vision of reality that upended her notions of gender, sexuality, identity, and authority. Into the Deep is a thoroughly twenty-first-century conversion, a compelling account of recovering an ancient faith after a decade of doubt. ""There are events in life that leave you changed forever, right down to the very roots and heart of your being, because they go 'into the deep.' Like this book. Reading it is bound to be an event like that in the lives of two classes of readers if they dare to read it with open minds and hearts: those who call themselves Evangelicals and those who call themselves Christian 'feminists.' The theology is profoundly Christ-centered, the psychology trustably honest, and the style winsomely alive."" --Peter Kreeft, Boston College ""Religious conversion narratives tend to be unrealistic, focusing on single epiphanies that are rare to most human beings. Not Into the Deep. Abigail Favale has written a conversion memoir that focuses on the slow process of conversion, one that unfolds through a union of practice and intellectual inquiry . . . She is more like a tour guide, bringing even cradle Catholics like myself into a deeper appreciation of the mystery of the Church. Into the Deep is Augustine's Confessions written for our own age."" --Tim O'Malley, Notre Dame ""With sympathetic and smart satire that is reminiscent of Flannery O'Connor, Favale finds both sincerity and shallowness in the waves of ideological affiliations that tided her youth. Favale, the unlikely convert, persuades us that by sacramental grace and the communion of saints, the Church can see the meanest sinner hold her breath long enough to work out Her shared salvation in fear and trembling."" --Joshua Hren, author of Middle-earth and the Return of the Common Good: J.R.R. Tolkien and Political Philosophy ""Into the Deep is a beautifully written story of conversion. In this raw and compelling narrative, Favale reminds us that, in the most mysterious of ways, God's grace can reach all of us."" --Carrie Gress, best-selling author of The Marian Option Abigail Favale is Associate Professor of English at George Fox University, where she teaches in the William Penn Honors Program. She was awarded the J.F. Powers Prize for Short Fiction in 2017.
If the item details above aren’t accurate or complete, we want to know about it. Report incorrect product info.