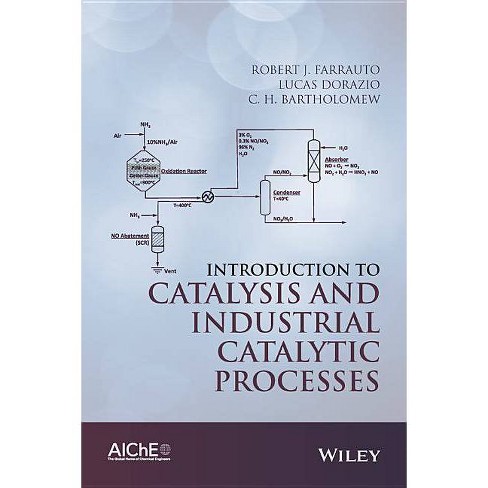 Introduces a simplified description of major catalytic processes including products from the petroleum, chemical, environmental and alternative energy fields

Introduction to Catalysis and Industrial Catalytic Processes explains the fundamental principles of catalysis and their applications of catalysis in a simple, introductory textbook that excites those contemplating an industrial career in chemical, petroleum, alternative-energy, and environmental fields in which catalytic processes play a dominant role. The book focuses on non-proprietary, basic chemistries and descriptions of important, currently-used catalysts and catalytic processes. Considerable practical examples, recommendations, and cautions located throughout the book are based on authors' experience gleaned from teaching, research, commercial development, and consulting, including feedback from many students and associates.

Applications and practice in the industry, including process chemistry, conditions, catalyst design, process design, and catalyst deactivation problems for each catalytic process and regeneration when appropriate

Suggested readings (reviews, books, and journal articles) and Questions are included at the end of each chapter to encourage interested readers to deepen their knowledge of these topics

The need for a thorough understanding of fundamental principles of chemistry and catalysis is a given. Introduction to Catalysis and Industrial Catalytic Processes main objective is to transition this knowledge to their commercial applications, especially for the many chemistry and chemical engineering students who spend much of their careers working in industry with catalytic processes.

Robert J. Farrauto, PHD, is Professor of Practice in the Earth and Environmental Engineering Department at Columbia University in the City of New York. He retired from BASF (formerly Engelhard) as a Research Vice President after 37 years of service. He has over 40 years industrial experience in catalysis and has commercialized a number of technologies in the environmental, chemical and alternative energy fields. He holds 58 US patents and over 115 peer-reviewed journal publications. He teaches graduate and undergraduate courses focusing on catalysis. He is a co-author of Fundamentals of Industrial Catalytic Processes, 2nd Edition and Catalytic Air Pollution Control: Commercial Technology, 3rd Edition.

Lucas Dorazio, PhD is a Research Chemical Engineer at BASF Corporation, Iselin, NJ where he is engaged in reforming and environmental technology. He is also Adjunct assistant professor at New Jersey Institute of Technology where he teaches environmental and industrial catalysis.

Calvin H. Bartholomew, PhD is Emeritus Professor at Brigham Young University. He continues to conduct catalysis research, is active in consulting and does specialized teaching for AICHE short courses in catalysis. He has been principal investigator or co-investigator on over 60 grants and contracts and has supervised more than 175 research students. He is the author or co-author of 5 books and 120 peer-reviewed papers and reviews with emphasis on catalysis.