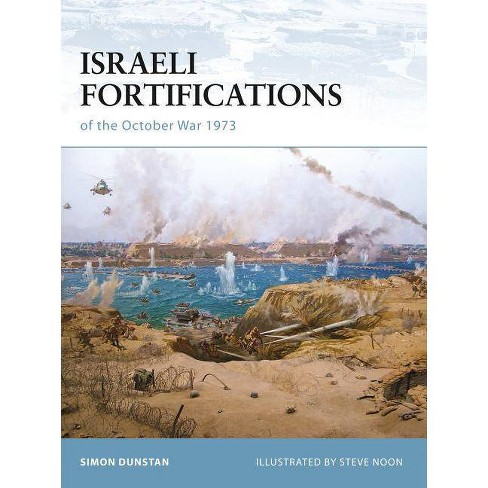 $16.79
MSRP$18.95
no reviews yet
be the first!be the first! ratings
Buy 2 get 1 free on video games, movies and books
Online only •
Shipping
Free standard shipping with RedCard
Loading, please wait...
Help us improve this page

"About half of this book deals with the details of the fortifications, and about half with the general strategic and tactical situation... This is an interesting book dealing with the continuing value of fortifications in the modern age, and it will prove instructive to those interested in that subject." --Bolling Smith, Coast Defense Journal (March 2009)

"Most of these small forts on the canal line proved resistant to the heavy bombardments that took place during the War of Attrition. The author details the events of that period, although he covers less of the actual 1973 war. He follows the changing policy and importance of air operations as well as the use of armor... [This] book is one of the most interesting to appear this year and leaves the reader wondering about the actual potential of modern fortifications." --J.E. Kaufmann, SiteO Newsletter (January 2009)

"Author Dunstan provides us a full history of the development and use of these fortifications. Thanks to period photos and the fine art work of Steve Noon, we can see what it was like to live in these cramped quarters and how they were used when the time was upon them. The Sinai was eventually returned to the Egyptians, who have kept some of these forts in use and set aside others as museums. Many have disappeared under the development that has taken over the Canal coastline, but if one looks, one can find remnants. Of course, visiting these places is difficult as the entire area is an Egyptian Military Zone, but it is not impossible. This is a section of fortification history that one outside this part of the world thinks about. This book provides the most information on these fortifications yet published and it is, as with all Osprey titles, an excellent read and reference." --Scott Van Aken, modelingmadness.com (December 2008)