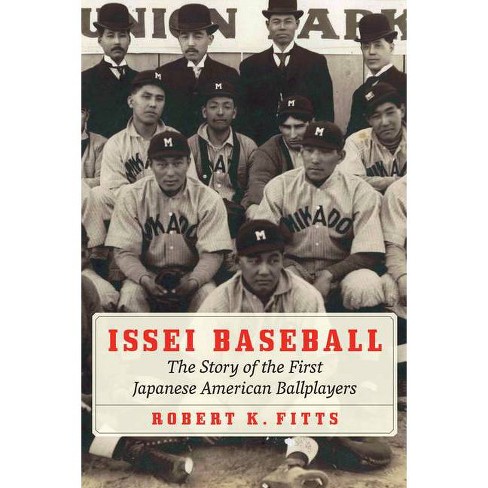 Baseball has been called America's true melting pot, a game that unites us as a people. Issei Baseball is the story of the pioneers of Japanese American baseball, Harry Saisho, Ken Kitsuse, Tom Uyeda, Tozan Masko, Kiichi Suzuki, and others--young men who came to the United States to start a new life but found bigotry and discrimination. In 1905 they formed a baseball club in Los Angeles and began playing local amateur teams. Inspired by the Waseda University baseball team's 1905 visit to the West Coast, they became the first Japanese professional baseball club on either side of the Pacific and barnstormed across the American Midwest in 1906 and 1911. Tens of thousands came to see "how the minions of the Mikado played the national pastime." As they played, the Japanese earned the respect of their opponents and fans, breaking down racial stereotypes. Baseball became a bridge between the two cultures, bringing Japanese and Americans together through the shared love of the game. Issei Baseball focuses on the small group of men who formed the first professional and semiprofessional Japanese baseball clubs. These players' story tells the history of early Japanese American baseball, including the placement of Saisho, Kitsuse, and their families in relocation camps during World War II and the Japanese immigrant experience.
If the item details above aren’t accurate or complete, we want to know about it. Report incorrect product info.