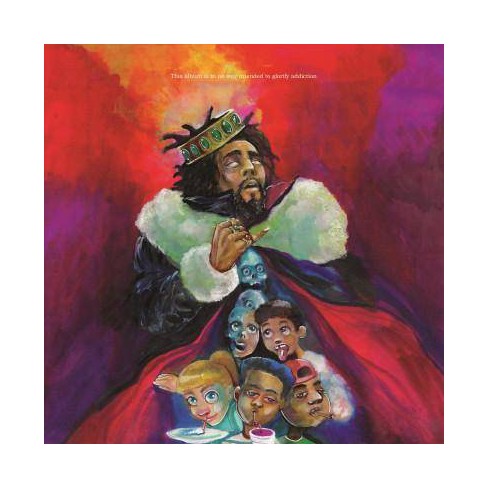 $25.99
5 out of 5 stars with 1 reviews
11 ratings2 Questions2 Questions questions
Help us improve this page

Rolling Stone - 3.5 stars out of 4 -- "K.O.D. magnifies Cole's current status as a deliberate outsider, well versed in pop music's machinations even as he refuses to take part in them. His righteous, substance-over-style image is enormously appealing..."
Spin - "[I]t's a commendable effort, with Cole putting himself in a creative territory to respond to critics, peers and progeny. His messages are timely..."
Billboard - "Taking himself to task just as much as others, Cole skillfully strikes the right balance between preachy vs. concerned and melodic vs. rhythmic on additional standouts such as 'ATM,' 'Kevin's Heart' and 'Photograph.'"
NME (Magazine) - 4 stars out of 5 -- "Cole has emerged this decade as one of the US's finest rappers. He's a confident lyricist with an ear for a hip-pop hook, a willingness to address difficult subjects and an ability to weave compelling stories through his music..."
Disc 1
1. Intro
2. KOD
3. Photograph
4. Cut Off, The
5. ATM
6. Motiv8
7. Kevin's Heart
8. Brackets
9. Once an Addict (Interlude)
10. Friends
11. Window Pain (Outro)
12. 1985 (Intro to The Fall Off)
If the item details above aren’t accurate or complete, we want to know about it. Report incorrect product info.