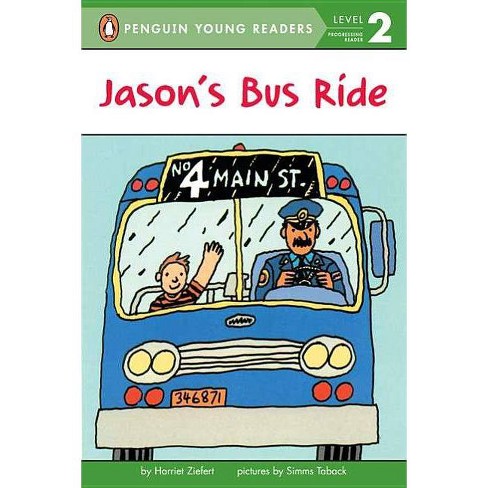 $4.99
no reviews yet
be the first!be the first! ratings
Buy 2 get 1 free on video games, movies and books
Online only •
Shipping
Free standard shipping with RedCard
Help us improve this page

Harriet Ziefert was born in New Jersey. She grew up in North Bergen, New Jersey, where she attended the local schools. She graduated from Smith College, then received a Masters degree in Education from New York University.

For many years, Ziefert was an elementary school teacher. She taught most grades from kindergarten to fifth grade. "I liked it," she said, but she stopped teaching when she had her own sons. When her children were older, Ziefert wanted "a bigger arena" for her work. She went to work at a publishing company, Scholastic in New York City, developing materials for teacher's guides for kindergarten language arts and social studies programs.

"About twelve years ago," says Ziefert in a 1995 interview, "I tried to get a job as an editor, but no one would hire me as a trade editor. So I decided to write my own books." Since then, she has written several hundred books, mostly picture books and easy-to-read books. "I write books very quickly," she says, "in about twelve hours. I rewrite them three times over three days, and then they're done." She writes about twenty books a year.

Ziefert's picture book A New Coat for Anna is about a girl in a bombed-out European city during the months just after World War II. Anna has outgrown her old coat, and her mother trades her few surviving treasures--a watch, a lamp, a necklace, and a porcelain teapot--in order to obtain wool and have it spun, woven, and finally sewn into a fine red coat for Anna. A Horn Book Magazine reviewer stated, "the simple text, based on a true story, carries the narrative along effectively." The book, which was illustrated by Anita Lobel, was chosen as one of ten books to be read aloud by former First Lady Barbara Bush as part of a program promoting reading. Ziefert was invited to the White House for the occasion.

The reason Ziefert began writing easy-to-read books was that she felt "they were getting too hard for kids to read in the first grade." She says that she wrote easy-to-read books with seventy-five or fewer words, even ones with fifty or fewer words, "to see how much of a story" she could produce with that limit. She enjoyed the challenge, and cites her book Sleepy Dog as an example. "Sleepy Dog is the most successful book I've ever done, in terms of number of books sold." She's also been working on a developmental program with publisher Dorling Kindersley, made up of books for babies, toddlers, and preschoolers.

"I happen to like to have control over my work," says Ziefert. She is a book packager, writing all the text, finding the illustrator, designer, and printer and then delivering the completed package to the publisher for distribution. "I very much like to work directly with illustrators," she says, noting that this is the main reason she chooses to work as a book packager, rather than through a publisher. "I'm very visual. I do a very loose text and try to develop it with an illustrator," she says. "I work with artists and turn them into illustrators. I like finding new artists and watching them grow."

Her book Pete's Chicken, which was illustrated by Laura Rader, was reviewed in the New York Times Book Review as "a simple, sweet 'Song of Myself' for children . . . [which] applauds the specialness of every child as it reminds parents of the healing power of just being there for children." Among her other books is a series of easy-to-read books, such as Trip Day and Worm Day, about an inventive science teacher and his rambunctious class of students. Ziefert's book Let's Get a Pet was named an Outstanding Science Trade Book for Children by a joint committee of the National Science Teachers Association and the Children's Book Council.

Harriet Ziefert's many books include the Hello Reading series and the Lift-the-Flap books, as well as picture books such as With Love from Grandma, and board books, including Dress Little Bunny and Feed Little Bunny.

Ms. Ziefert was educated at Smith College and New York University. She has taught every elementary school grade, from preschool to grade six and is the author of a widely-used early childhood education program for language arts, reading, and social studies.

Simms Taback grew up in the Bronx and graduated from Cooper Union. He has worked as an art director and a graphic designer, and has taught at the School of Visual Arts and Syracause University. He has illustrated many children's books, including I Know an Old Lady Who Swallowed a Fly (Viking), Spacy Riddles, Snakey Riddles, Buggy Riddles, and Fishy Riddles (all written by Katy Hall and lIsa Eisenberg, Dial). His work has won many awards, including the Caldecott Honor Award Medal for I Know an Old Lady Who Swallowed a Fly and a New York Times Best Illustrated Children's Book. A father of three and grandfather of three, Mr. Taback lives with his wife in Willow, New York.

Copyright 2000 by Penguin Putnam Books for Young Readers. All rights reserved.
If the item details above aren’t accurate or complete, we want to know about it. Report incorrect product info.