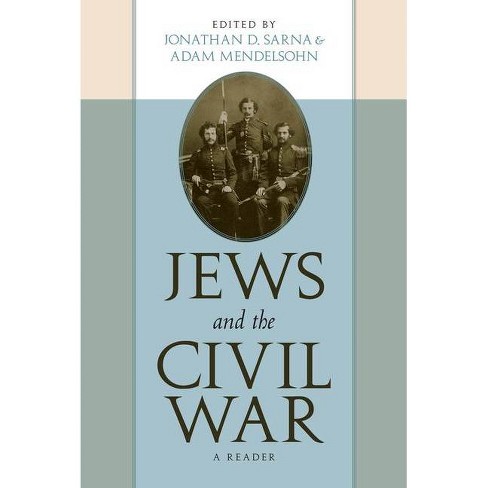 $28.99
undefined out of 5 stars with 0 reviews
be the first!be the first! ratings
Help us improve this page

At least 8,000 Jewish soldiers fought for the Union and Confederacy during the Civil War. A few served together in Jewish companies while most fought alongside Christian comrades. Yet even as they stood "shoulder-to-shoulder" on the front lines, they encountered unique challenges.
In Jews and the Civil War, Jonathan D. Sarna and Adam Mendelsohn assemble for the first time the foremost scholarship on Jews and the Civil War, little known even to specialists in the field. These accessible and far-ranging essays from top scholars are grouped into seven thematic sections--Jews and Slavery, Jews and Abolition, Rabbis and the March to War, Jewish Soldiers during the Civil War, The Home Front, Jews as a Class, and Aftermath--each with an introduction by the editors. Together they reappraise the impact of the war on Jews in the North and the South, offering a rich and fascinating portrait of the experience of Jewish soldiers and civilians from the home front to the battle front.