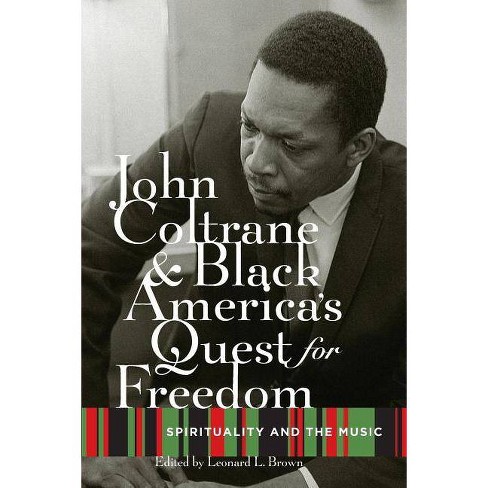 "Coltrane's significance in the black community goes far beyond the notes he played. He stands for integrity, humility, spirituality, and more. For me, this book is a chance to read what my esteemed friends and colleagues have to say about this twentieth-century icon. For everyone, it's an opportunity to learn about Coltrane - the man and his music - from some new points of view." --Dr. Lewis Porter, Rutgers University-Newark

"If John Coltrane was 'invited' into the community of jazz musicians to be a custodian, innovator, and disseminator of Black American culture, Brown himself has invited a first-rate group of Black American contributors-scholars, musicians, media personalities, and educators-to provide an insightful and provocative view of the continuing relevance of Coltrane's music to the development of Black American spirituality, liberation, and non-Western ways of music-making." --Reebee Garofalo, University of Massachusetts, Boston

"The collection reads like a lively townhouse meeting in which the impassioned citizens of 'Tranes-ville' stake out their intellectual territories, each arguing for the importance of Coltrane's music and the deep sense of spirituality we sense in his singular brand of cultural nationalism. Come to the meeting and be inspired as well by this musician's exacting execution and uncompromising truth." --Guthrie P. Ramsey, Jr., author of Race Music: Black Cultures from Bebop to Hip-Hop
"John Coltrane and Black America's Quest for Freedom is a thorough investigation of John Coltrane's music via the artist, and the artist via his culture, not in an effort to solidify notions of black identity or enshrine a cultural legacy, but rather to show that the Black American experience itself is complex, improvised, defiant, and irreducible." --BlackGrooves.org

"An insightful collection." --wirenh.com
"A useful collection for those serious about the culture of jazz in general and Coltrane in particular. Recommended." --Choice