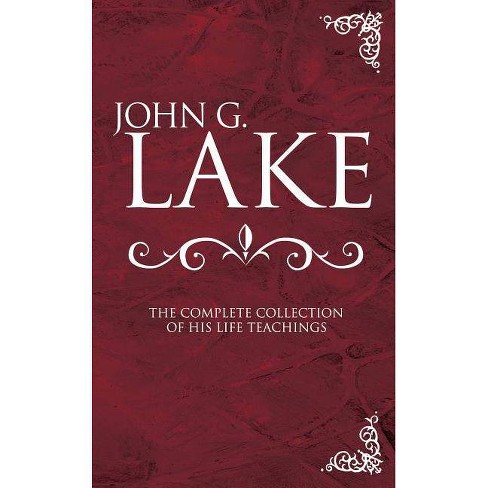 John Graham Lake (1870-1935) was born in St. Mary's, Ontario, Canada. While he was still a child, his parents moved to the United States. At the age of twenty-one, he became a Methodist minister; however, he chose to start a newspaper in Harvey, Illinois, instead of accepting a church ministry. From the newspaper business, Lake expanded his career pursuits by opening a real estate office in Sault Ste. Marie, Michigan, and then in 1904 he bought a seat on the Chicago Board of Trade. Through his real estate deals and his business acumen in insurance and investments, Lake amassed a sizeable fortune by today's standards.
In the meantime, his wife Jennie had suffered with a prolonged, progressively debilitating illness, but she was miraculously delivered under the ministry of John Alexander Dowie in April 1898. This experience forever altered the direction of John G. Lake's life and ministry.
During his business life, Lake had made it a practice of speaking somewhere practically every night, after which he joined like-minded friends in seeking the baptism in the Holy Spirit. Finally, while he and another minister were praying for an invalid woman, he experienced profound "currents of power" rushing through his entire being, and the woman was instantaneously healed.
In the spring of 1907, Lake closed his office for good and disposed of his bank accounts and all his real estate holdings by giving everything away to charity. He then began an independent evangelistic work with a single dollar in his pocket, being absolutely dependent on God for his every need. Lake went wherever the Lord directed him, and he and his family and his ministerial team were always well provided for, most often just at the moment when the provision was needed.
Lake is probably best remembered for his missionary work in South Africa, but his ministry in the United States was also powerful. One hundred thousand healings were recorded in five years at the Lake Healing Rooms in Spokane, Washington. Dr. Ruthledge of Washington, D.C., called Spokane "the healthiest city in the world" as a result.
What Lake accomplished as a result of his intense regard for the Word of God is an example to all Christians of what is possible for any person who will believe and act on the Scriptures.
If the item details above aren’t accurate or complete, we want to know about it. Report incorrect product info.