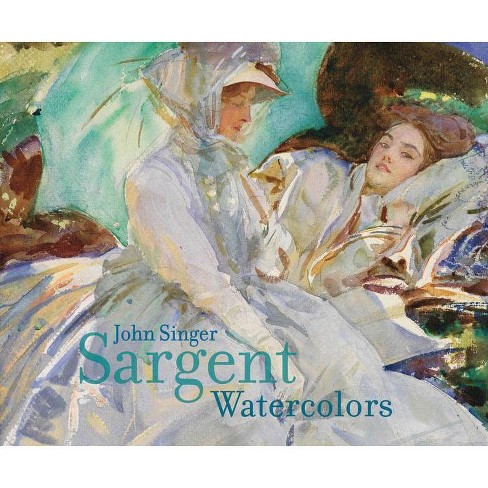 John Singer Sargent's approach to watercolor was unconventional. Going beyond turn-of-the-century standards for carefully delineated and composed landscapes filled with transparent washes, his confidently bold, dense strokes and loosely defined forms startled critics and fellow practitioners alike. One reviewer of an exhibition in London proclaimed him "an eagle in a dove-cote"; another called his work "swagger" watercolors. For Sargent, however, the watercolors were not so much about swagger as about a renewed and liberated approach to painting. In watercolor, his vision became more personal and his works more interconnected, as he considered the way one image--often of a friend or favorite place--enhanced another. Sargent held only two major watercolor exhibitions in the United States during his lifetime. The contents of the first, in 1909, were purchased in their entirety by the Brooklyn Museum of Art. The paintings exhibited in the other, in 1912, were scooped up by the Museum of Fine Arts, Boston. John Singer Sargent Watercolors reunites nearly 100 works from these collections for the first time, arranging them by themes and subjects: sunlight on stone, figures reclining on grass, patterns of light and shadow. Enhanced by biographical and technical essays, and lavishly illustrated with 175 color reproductions, this publication introduces readers to the full sweep of Sargent's accomplishments in this medium, in works that delight the eye as well as challenge our understanding of this prodigiously gifted artist. The international art star of the Gilded Age, John Singer Sargent (1856-1925) was born in Italy to American parents, trained in Paris and worked on both sides of the Atlantic. Sargent is best known for his dramatic and stylish portraits, but he was equally active as a landscapist, muralist, and watercolor painter. His dynamic and boldly conceived watercolors, created during travels to Tuscan gardens, Alpine retreats, Venetian canals and Bedouin encampments, record unusual motifs that caught his incisive eye.
If the item details above aren’t accurate or complete, we want to know about it. Report incorrect product info.