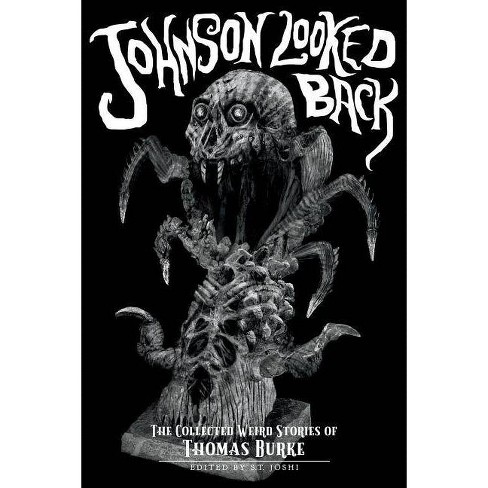 This volume presents the weird fiction of the British writer Thomas Burke (1886-1945), author of the scintillating horror collection Night-Pieces (1935). But Burke--celebrated for his evocative tales of London's Chinatown, gathered in Limehouse Nights and other volumes--wrote other weird tales, scattered through his many other collections. One of the most distinctive is "Johnson Looked Back," a tour de force of second-person narration. This volume constitutes the first occasion when Burke's complete supernatural writing has been gathered in a single volume.

The Classics of Gothic Horror series seeks to reprint novels and stories from the leading writers of weird fiction over the past two centuries or more. Ever since the Gothic novels of the late 18th century, supernatural horror has been a slender but provocative contribution to Western literature. Edgar Allan Poe, Ambrose Bierce, the Victorian ghost story writers, the "titans" of the early twentieth century (Arthur Machen, Algernon Blackwood, Lord Dunsany, M. R. James, H. P. Lovecraft), the Weird Tales writers, and many others contributed to the development and enrichment of weird fiction as a literary genre, and their work deserves to be enshrined in comprehensive, textually accurate editions.

S. T. Joshi, a leading authority on weird fiction, has done exactly that in establishing this series. Using scholarly resources honed over decades of wide-ranging research, he has assembled volumes featuring not only the complete weird writings of the authors in question, but exhaustive bio-critical introductions and bibliographical data.