Journey to a Revolution - by Michael Korda (Paperback) 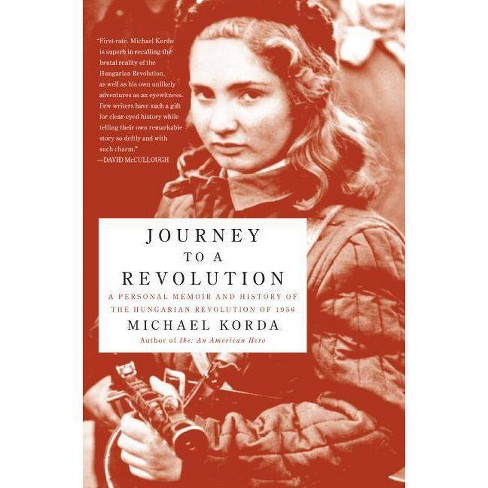 The Hungarian Revolution of 1956 marked a turning point in the history of the Soviet Union. For the first time, the West was able to see the level of dissent that existed in Communist Bloc nations, and the cruel tyranny with which opposition movements were suppressed. Although the Soviets were eventually able to stop the revolution, this was the first step towards their ultimate failure.

Author Michael Korda witnessed these events firsthand. Along with several fellow Oxford undergraduates, Korda brought much-needed medical supplies to Hungary during the Revolution, and stayed to witness and participate in the uprising. He returns to those days in Journey to a Revolution, where he tells not only his own story, but also the story of a country fighting back after years of cruel mistreatment. Michael Korda is the New York Times bestselling author of Horse People, Country Matters, Ulysses S. Grant, and Cat People. He lives with his wife Margaret in Dutchess Country, New York. "Fascinating, vivid, and, of course, wonderfully written." -- Henry Kissinger
If the item details above aren’t accurate or complete, we want to know about it. Report incorrect product info.