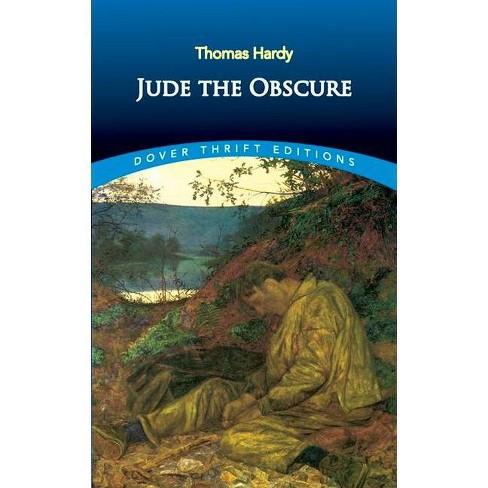 Hardy's novel about the trials of a poor stonemason excoriates convention -- particularly the institutions of marriage, religion, and education -- in a pioneering work of feminism and socialist thought.

Powerful and controversial from its 1895 publication to the present, Jude the Obscure scandalized Victorian critics, who condemned it as decadent, indecent, and degenerate. Between its frank portrayals of sexuality and its indictments of marriage, religion, and England's class system, the novel offended a broad swath of readers. Its heated reception led the embittered author to renounce fiction, turning his considerable talents ever afterward to writing poetry.
Hardy's last novel depicts a changing world, where a poor stonemason can aspire to a university education and a higher place in society -- but where in reality such dreams remain unattainable. Thwarted at every turn, Jude Hawley abandons his hopes, is trapped into an unwise marriage, and pursues a doomed relationship with his free-spirited cousin, Sue Bridehead. The lovers find themselves equally incapable of living within the conventions of their era and of transcending its legal and moral strictures. Hailed by modern critics as a pioneering work of feminism and socialist thought, Hardy's tragic parable continues to resonate with readers.

Tragedy haunts the works of Thomas Hardy (1840-1928), whose fiction abounds in star-crossed lovers and other characters thwarted by fate or their own shortcomings. Hardy's outspoken criticism of Victorian society excited such profound controversy that the author abandoned fiction and in the 20th century published only poetry.