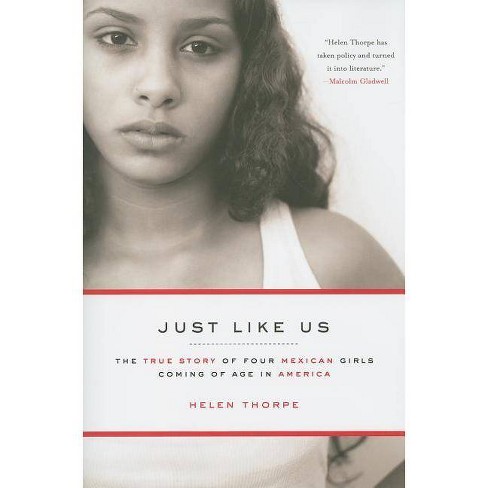 $30.00
no reviews yet
be the first!be the first! ratings
Shipping
Free standard shipping with RedCard
Loading, please wait...
Help us improve this page

Written by a gifted journalist, a powerful account of four young Mexican women coming of age in Denver--two of whom have legal documentation, two of whom who don't-- and the challenges they face as they attempt to pursue the American dream. Just Like Ustakes readers on a compelling journey with four young Mexican-American women who have lived in the U.S. since childhood. Exploring not only the women's personal life stories, this book also delves deep into an American subculture and the complex and controversial politics that surround the issue of immigration. The story opens on the eve of the girls' senior prom in Denver, Colorado. All four of the girls have grown up in the United States, all four want to make it into college and succeed, but only two have immigration papers. Meanwhile, after a Mexican immigrant shoots and kills a local police officer, Colorado becomes the place where national argu- ments over immigration rage most fiercely. As the girls' lives play out against this backdrop of intense debate over whether they have any right to live here, readers will gain remarkable insight into both the power players and the most vulnerable members of society as they grapple with understanding one of the most complicated social issues of our times. Moving, timely, and passionately told, Just Like Us is a riv- eting story about girlhood, friendship, identity, and survival.
If the item details above aren’t accurate or complete, we want to know about it. Report incorrect product info.