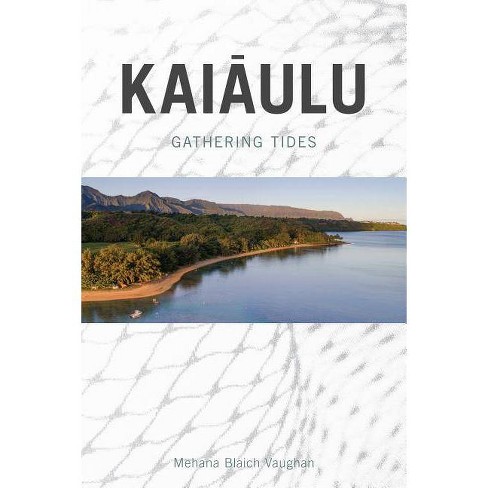 The tide is rising ahead of the early morning sun on the northeast coast of the Hawaiian island of Kaua'i. Waves rush singing onto the outer reef where two throw net fishermen stalk the surge. An elderly woman with her silver hair in a kerchief makes her way toward shore, two octopuses tucked in her mesh bag. Within hours, two hundred tourists will snorkel, sunbathe, and teeter on the coral, few ever knowing that people fish here or that their catch sustains an entire kaiāulu (community) connected to this stretch of reef.

This coast is known as a playground for tourists and backdrop for Hollywood movies, but catch from small local reefs, and the sharing of this abundance, has sustained area families for centuries, helping them to thrive through tidal waves, hurricanes, an influx of new residents, and economic recessions. Yet fishing families are increasingly invisible and many have moved away, threatened by global commodification and loss of access to coastal lands that are now private retreats for star entertainers, investors, and dot-com millionaires.

An important contribution to scholarship in the fields of natural resource management, geography, Indigenous Studies, and Hawaiian Studies, Kaiāulu is also a skillfully written and deeply personal tribute to a community based not on ownership, but reciprocity, responsibility, and caring for the places that shape and sustain us all.
If the item details above aren’t accurate or complete, we want to know about it. Report incorrect product info.