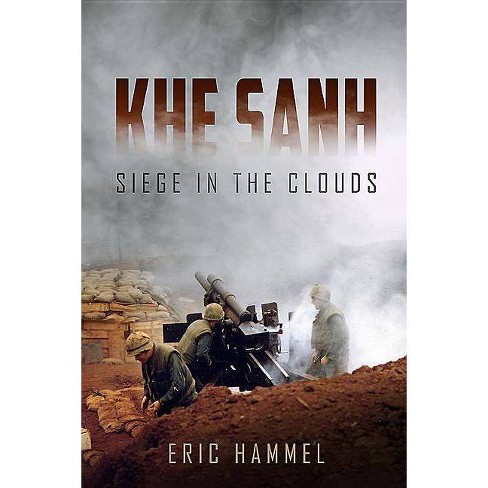 $14.79
no reviews yet
be the first!be the first! ratings
Shipping
Free standard shipping with RedCard
Loading, please wait...
Help us improve this page

In late 1967 as part of the Tet offensive, U.S. commanders hoped to lure the North Vietnamese Army into exposing large numbers of soldiers to their overwhelming air power. But in January 1968, a U.S. Marine Corps force found themselves surrounded by the enemy in their hilltop base at Khe Sanh. The siege lasted for nearly three months and caught the attention of the world; for many it came to epitomize the conflict. Eric Hammel's classic account is a vivid oral history, using the words of American fighting men caught up in the gruelling, deadly seventy-seven-day ordeal creates a harrowing tapestry of tragedy and triumph. As two North Vietnamese Army divisions move to surround them, the vastly outnumbered U.S. Marines rush to strengthen their defenses at the isolated base and several nearby hilltop positions. The Communist forces repeatedly attack, are repeatedly repelled, and then dig in to take the American base by siege-the makings of a classic, modern "set-piece" strategy in which the defenders become bait to tie the attackers to fixed positions in which they can be pummelled and pulverized by American artillery and air support. The gripping - and moving - narrative flows from the masterfully woven threads provided by nearly a hundred men who gallantly endured the wrenching all-out struggle to hold the combat base and its vulnerable outlying positions. Re-issued in the fiftieth anniversary year of the siege, with an updated photo section and maps, this is a ground-breaking and influential history of this crucial landmark battle.
If the item details above aren’t accurate or complete, we want to know about it. Report incorrect product info.