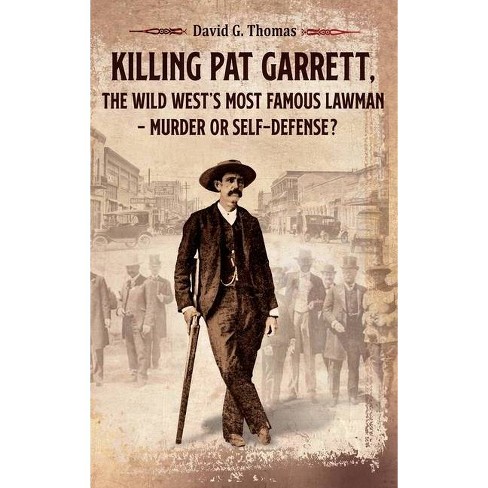 Pat Garrett, the Wild West's most famous lawman - the man who killed Billy the Kid - was himself killed on leap day, February 29, 1908.

Who killed him?
Was it murder?
Was it self-defense?

No biographer of Garrett has been able to answer these questions. All have expressed opinions. None have presented evidence that would stand up in a court of law. Here, for the first time, drawing on previously undiscovered information, is the definitive answer to these questions, the Wild West's most famous unsolved killing.

Garrett's life has been extensively researched. Yet, the author was able to uncover an enormous amount of new information. He had access to over 80 letters that Garrett wrote to his wife. He discovered a multitude of new documents and details concerning Garrett's killing, the events surrounding it, and the personal life of the man who was placed on trial for killing Garrett. Examples:

Pat Garrett's life was a remarkable adventure, with enormous highs. He met two US presidents: William McKinley Jr. and Theodore Roosevelt. President Roosevelt he met five times, three times in the White House. He brought the law to hardened gunmen. He oversaw hangings. His national fame was so extensive the day he died that newspapers from the East to the West Coast only had to write "Pat Garrett" for readers to know to whom they were referring.

He also had devastating lows. He experienced heartbreaking family tragedy. He was blocked for re-appointment as El Paso Customs Collector by unjustified personal animus. He was pursued ruthlessly for a loan that he had co-signed as a favor for a friend. He had his ranches and livestock confiscated and sold on the Las Cruces public square.

In spite of his reputation as a gunman, when faced with public humiliation, he responded with commendable dignity. Queried after losing his Custom Collector job, he replied:

"I simply take my medicine."

This book is written so you experience his life as he did, as it happened, event by event.