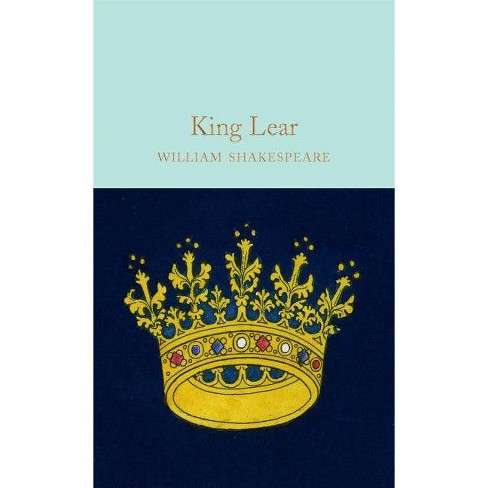 In Shakespeare's thrilling and hugely influential tragedy, ageing King Lear makes a capricious decision to divide his realm between his three daughters according to the love they express for him.

Part of the Macmillan Collector's Library; a series of stunning, clothbound, pocket sized classics with gold foiled edges and ribbon markers. These beautiful books make perfect gifts or a treat for any book lover. This edition is illustrated throughout by Sir John Gilbert, and includes an introduction by Dr Robert Mighall. When the youngest daughter refuses to take part in this charade, she is banished, leaving the king dependent on her manipulative and untrustworthy sisters. In the scheming and recriminations that follow, not only does the king's own sanity crumble, but the stability of the realm itself is also threatened.

William Shakespeare was born in Stratford-upon-Avon, Warwickshire, in 1564. The date of his birth is not known but is traditionally 23 April, St George's Day. Aged 18, he married a Stratford farmer's daughter, Anne Hathaway. They had three children. Around 1585 William joined an acting troupe on tour in Stratford from London, and thereafter spent much of his life in the capital. A member of the leading theatre group in London, the Chamberlain's Men, which built the Globe Theatre and frequently performed in front of Queen Elizabeth I, Shakespeare wrote 36 plays and much poetry besides. He died in 1616.
If the item details above aren’t accurate or complete, we want to know about it. Report incorrect product info.