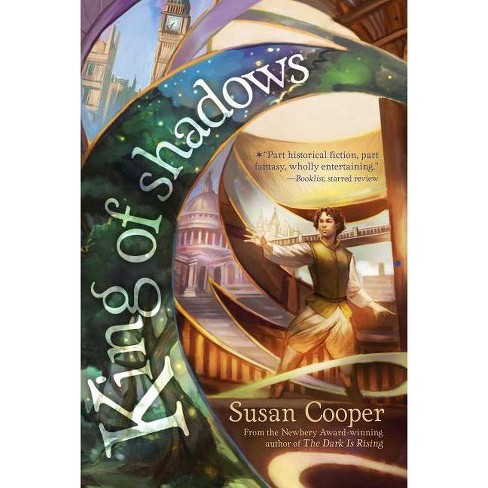 While in London as part of an all-boy acting company preparing to perform in a replica of the famous Globe Theatre, Nat Field suddenly finds himself transported back to 1599 and performing in the original theater under the tutelage of Shakespeare himself.

Only in the world of the theater can Nat Field find an escape from the tragedies that have shadowed his young life. So he is thrilled when he is chosen to join an American drama troupe traveling to London to perform A Midsummer Night's Dream in a new replica of the famous Globe theater.
Shortly after arriving in England, Nat goes to bed ill and awakens transported back in time four hundred years -- to another London, and another production of A Midsummer Night's Dream. Amid the bustle and excitement of an Elizabethan theatrical production, Nat finds the warm, nurturing father figure missing from his life -- in none other than William Shakespeare himself. Does Nat have to remain trapped in the past forever, or give up the friendship he's so longed for in his own time?

"In her portrayal of Shakespeare Cooper has created a superhero...[she] entertains her contemporary readers while giving them a first-rate theatrical education."-- "The New York Times Book Review"

A dramatic and sensory feast.--Kirkus Reviews

*Readers will be swept up in Nat's detailed, sensory-filled observations of life in Shakespeare's time...[The] overall shape of the novel, with its finely drawn connections between Nat's story and A Midsummer Night's Dream, is superb.-- "The Horn Book, starred review"

*Readers...will revel in the hurly-burly of rehearsals and the performance before the queen, the near discoveries, the company rivalries, and some neatly drawn parallels.-- "School Library Journal, starred review"
If the item details above aren’t accurate or complete, we want to know about it. Report incorrect product info.