King of the Court - by Aram Goudsouzian (Paperback) 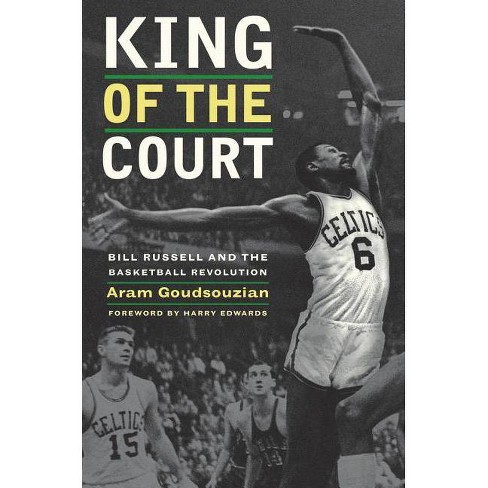 "King of the Court provides a highly nuanced and sophisticated analysis of the great African American basketball player from his earliest days up to the present time. With great skill and much insight, Goudsouzian makes clear that Russell was a very complicated man who was full of contradictions in his own private life and in relationship to his business associates, teammates, opponents, the media, and the larger sporting public."--David K.Wiggins, George Mason University

"Not only is King of the Court one of the most impressive and important sports biographies to come along in many a season, easily in the same class as David Maraniss's When Pride Still Mattered (on Vince Lombardi) and Wil Haygood's Sweet Thunder (on Sugar Ray Robinson), it is also one of the truly incisive books on the intersection of race, civil rights, and popular culture that have appeared in some time. Having grown up in Philadelphia, I was always a Wilt Chamberlain man and always will be, but King of the Court convinced me that Bill Russell defined his age in ways that Chamberlain never did. Russell was a man for all seasons. This is a biography befitting Russell's stature."--Gerald Early, author of One Nation Under a Groove: Motown and American Culture

"Before there were crossover dribbles or slam dunk competitions, before they even kept statistics for blocked shots, Bill Russell dominated the game we call basketball. The respect he demanded as a black man during America's turbulent Civil Rights era made him the personification of a winner in life. King of the Court, like Russell's defense, locks it down, and puts it all in its proper context. Long live the King!"--Dr. Todd Boyd, author of Young, Black, Rich, and Famous: The Rise of the NBA, the Hip Hop Invasion, and the Transformation of American Culture

"Bill Russell's life story is only incidentally about basketball. For him the sport was not a life; it was his vehicle for social change, a platform that showcased his vision for America as much as his athletic talent. In his magnificent biography, Aram Goudsouzian captures the nuance and meaning of Russell's career. After reading the book, one will never look at Russell or sports in quite the same way."--Randy Roberts, Purdue University

"Brings back the excitement of the great days of the NBA and its legendary players, led by the king of them all, Bill Russell. Best book I've read on basketball in 40 years."--Bill McSweeny, co-author, with Bill Russell, of Go Up for Glory
If the item details above aren’t accurate or complete, we want to know about it. Report incorrect product info.