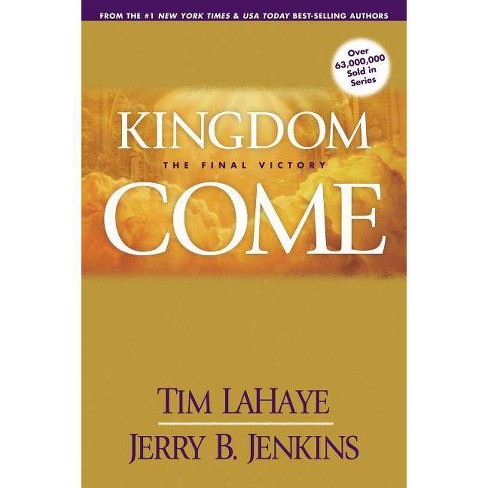 The sequel to the best-selling Christian fiction series that has sold over 63 million copies!

Reunite with all your favorite characters and see how they fare in this capstone final title of the Left Behind saga.

The horrors of the Tribulation are over, and Jesus Christ has set up his perfect kingdom on earth. Believers all around the world enjoy a newly perfected relationship with their Lord, and the earth itself is transformed. Yet evil still lurks in the hearts of the unbelieving.

As the Millennium draws to a close, the final generation of the unrepentant prepares to mount a new offensive against the Lord Himself--sparking the final and ultimate conflict from which only one side will emerge the eternal victor.

Dr. Tim LaHaye was the bestselling author of more than seventy books and the coauthor of the popular Left Behind series. Before his death in 2016, he spent more than thirty years in research, study, and pastoral counseling. He and his wife, Beverly, conducted hundreds of family-life seminars on the Spirit-filled life. Tim was the president of Tim LaHaye Ministries and cofounder of the Pre-Trib Research Center.

Not all is well in utopia.

Though Jesus has established His thousand-year reign on earth, people are born every day who still must choose to make Him their Savior. And not all do.

While those who choose not to trust Christ are accursed and die young, devotees of the Other Light (Lucifer) conspire to populate the end of the Millennial Kingdom with a massive army. When Satan is finally loosed to once again tempt the nations, he leads this force to the ultimate conflict of good versus evil, and the result ushers in the new heaven and the new earth.

Reunite with all your favorite characters and see how they fare in this capstone final title of the Left Behind saga.