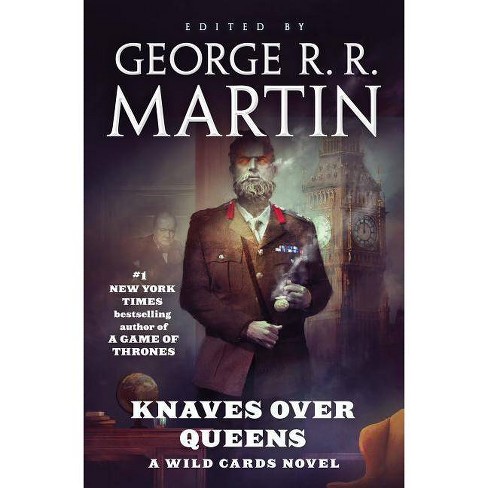 $20.49
MSRP$29.99
no reviews yet
be the first!be the first! ratings
Shipping
Free standard shipping with RedCard
Loading, please wait...
Help us improve this page

Perfect for current fans and new readers alike, Knaves Over Queens is an all-new adventure set in London, featuring a fresh cast of characters from the Wild Cards universe.

Developed by aliens and field-tested on Earth, the virus known as Xenovirus Takis-A was released in New York in 1946, changing the course of human history forever. Most of those infected die -- and a tiny percentage become deformed beings known as jokers. A lucky few survivors become aces: superhumans gifted with amazing powers. Now the virus has reached Britain.

There, Prime Minister Sir Winston Churchill, gifted with extraordinary longevity, together with the Enigma ace Alan Turing, set up a special organization named the Order of the Silver Helix. They will need all of the wild cards they can find if they are to deal with the terrifying mutations spawned by the virus.

Now in development for TV: Rights to develop Wild Cards have been acquired by Universal Cable Productions, the team behind The Magicians and Mr. Robot, with the co-editor of Wild Cards, Melinda Snodgrass, as executive producer.