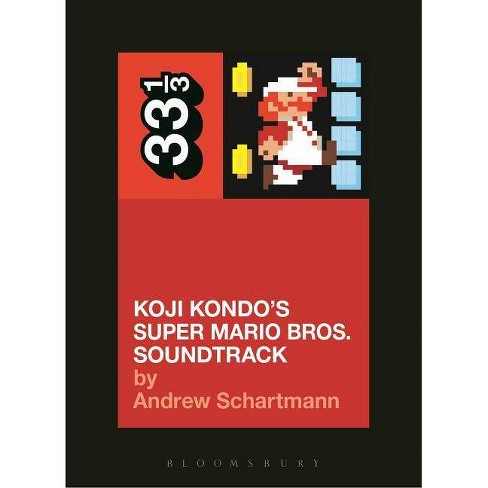 "Koji Kondo's Super Mario Bros. Soundtrack gave me a greater appreciation of something that appears to be so simple on the surface." --Pure Geekery

"Andrew Schartmann's extensive, thoughtful treatise on Japanese composer Koji Kondo and his work on the soundtrack to the original Super Mario Bros game is probably the most unusual entry in the 33 1/3 music chapbook series ... As Schartmann demonstrates, Kondo's work on this seminal game - and the legacy of industry influence that followed - is much more than the primitive bleeps and bloops we all remember ..." --Critics at Large "Andrew Schartmann does both the spirit of the series and video game history proud with his investigation into the iconic music from Koji Kondo. Matching a fanboy's sensibilities with serious scholarship, Schartmann provides the reader with an engaging discussion of Kondo's themes and ideas, both in terms of stylistic flair and compositional acumen ... Of equal importance are his excellent research skills, as he collects worthwhile source material and pairs them [with] compelling quotes from Kondo and other luminaries at Nintendo to make his case for this soundtrack's inclusion in the 33-1/3 series. The result is a superb blend of professional musicology and video game nerdery." --Dryvetyme.tumblr.com "Koji Kondo's Super Mario Bros. Soundtrack comes in at 120 pages, not counting the notes and preface, which appears well on par with other books in the 33 ? series. It's a book that takes itself seriously, as it should, and soundly proves the case that video game composition is worthy of discussion among keepers of music as a craft. If you have an appreciation for game music, this is worth buying. Even if you don't get a few parts, they're only likely to make you admire the work and design that go into composing all the more." --Tim Latshaw, NintendoLife "The most compelling aspects of Schartmann's book involve the widening circumference of Kondo's imagination, the possibilities he saw in this new world of electronic composition. The move to home consoles had freed video gaming from the initial, hailing approach to sound...It's Schartmann's sense of conviction, the hyperbole that occasionally frames his dive into composition and structure, that gives the book its charm." --Hua Shu, The New Yorker "There's something ballsy about including a videogame soundtrack in the 33 1/3 series since it's not a traditional album per se, though Andrew Schartmann makes a compelling case for Koji Kondo's score for Super Mario Bros." --Ruby Hornet, Hubert Vigilla
If the item details above aren’t accurate or complete, we want to know about it. Report incorrect product info.