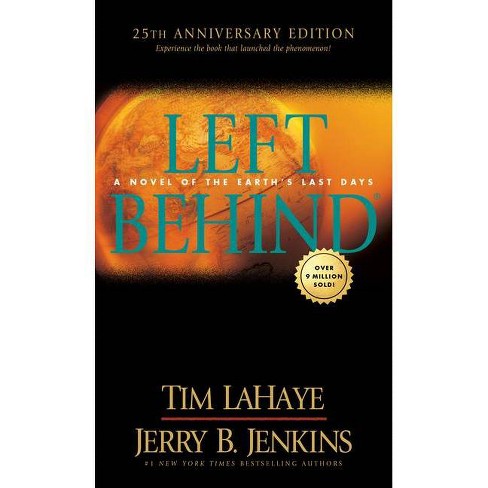 Airline captain Rayford Steele goes in search of his family and answers to how billions of people just disappeared off the face of the Earth.

Twenty-five years ago . . .
As the world approached a new millennium, Tim LaHaye and Jerry B. Jenkins released a novel that became a cultural phenomenon.

On a Boeing 747 headed to London, passengers instantaneously disappear from their seats, resulting in terror and chaos for those left behind--not only throughout the plane, but also worldwide as the apocalypse begins.

Included in this 25th anniversary edition is an essay by Jerry B. Jenkins, exploring cultural and spiritual changes over the last quarter century through the lens of this groundbreaking work of fiction.

Read it for the first time or enjoy it again to be reminded of Left Behind's incredible impact.
If the item details above aren’t accurate or complete, we want to know about it. Report incorrect product info.