Legacy - (Chronicles of the Sentinels) by Jon Wasik (Paperback) 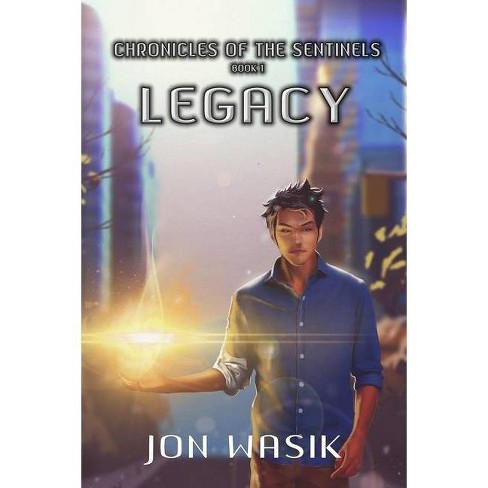 Magic is real. Babylonian gods are real, and they're hungry for human souls. But can a 22 year old Japanese-American college student, whose life has revolved around science, come to terms with the existence of magic, let alone defend the Earth from those hungry gods?

For days, engineering student Christopher Tatsu has been plagued by bizarre dreams of gargoyles, magic, and a strangely beautiful, anime-like woman. Things get weirder when those dreams start to come true. Things like magic sand, a blue-haired gun-toting elf that saves his life, and a gargoyle bent on killing Chris and his friends.

He's just trying to pass his last classes and graduate, but he quickly finds himself embroiled in a conflict to protect the Barrier, a 4,000 year old planet-wide enchantment that has prevented most magic from existing on Earth, and by extension, has stopped a Babylonian god from feeding upon human souls. Will he come to accept the reality of magic? Will he save the Barrier? And did he pass his last final?