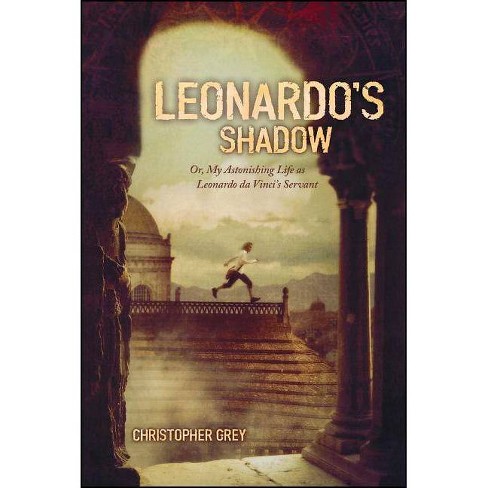 $8.39
0 out of 5 stars with 0 reviews
be the first!be the first! ratings
Shipping
Free standard shipping with RedCard
Help us improve this page

Milan, 1497. The height of the Renaissance. And for Giacomo, servant of the famous painter Leonardo da Vinci, it's the most difficult time of all. His Master has been working on the Last Supper, his greatest painting ever, for nearly two years. But has he finished it? He's barely started! The all-powerful Duke of Milan is demanding that it be completed by the time the Pope visits at Easter. And Giacomo knows that if Leonardo doesn't pick up his pace, the Duke may invite a young genius -- Michelangelo -- to finish the painting instead. Which means that Leonardo won't be paid, which means that Milan's shopkeepers (to whom he owes massive amounts) will take drastic measures against him. It's all down to Giacomo, and whether he can come up with a brilliant solution. And if he does, will his Master go for it? After all, Leonardo still doesn't seem to trust him. He refuses to teach Giacomo how to paint; he won't help him find his parents; nor will he discuss the significance of the medallion, ring, and cross that Giacomo was carrying when Leonardo found him. But with the secret arrival of a powerful stranger, Giacomo is about to discover much more than the answers he has been looking for. And he will also receive an invitation to help arrange a meeting that could change his life. . . and the future course of history. With more twists and turns than a spiral staircase, this thriller is as unique as its two heroes -- the most celebrated artist who ever lived, and a young man without a past, who will stop at nothing to find the truth about his life.
If the item details above aren’t accurate or complete, we want to know about it. Report incorrect product info.