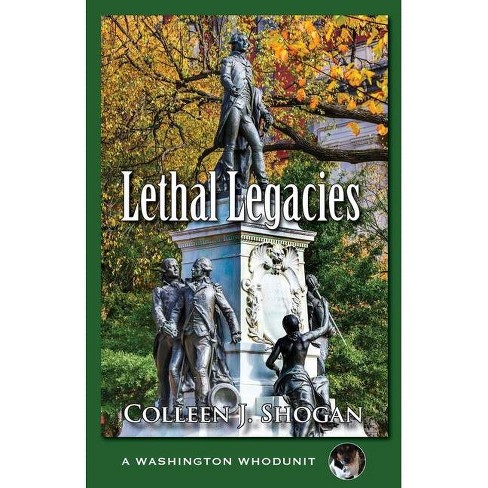 It's springtime in Washington, D.C. and congressional staffer Kit Marshall has more on her plate than she can handle. With her boss campaigning for an open U.S. Senate seat, Kit is left to run the office in her absence and manage a new week long American history extravaganza filled with high-profile events, lectures, and receptions. When the Director of the Capitol Visitor's Center ends up dead, Kit springs into action to clear a longtime friend, who becomes the prime suspect in the murder. With her best pal Meg pressuring her to solve the mystery quickly, Kit must figure out how to navigate her closest relationships while keeping an eye out for the diabolical killer. The investigation takes Kit across the city to famous locations, including Georgetown University, the Smithsonian National Museum of African American History and Culture, and the White House.

When the killer strikes a second time, the pressure to solve the crimes intensifies. Has our favorite Capitol Hill sleuth finally met her match? In the end, Kit learns the hard way that history tends to repeat itself, often with deadly consequences.

In Shogan's earnest eighth Washington whodunit (after 2021's Dead as a Duck), Chief of Staff Kit Marshall is left in charge when her boss, Congresswoman Maeve Dixon, leaves Washington, D.C., for a campaign tour. In particular, Kit has agreed to oversee the Spring into History exhibition, a multiday series of events highlighting U.S. history. Kit has been bumping heads with the unpleasant director of the Capitol Visitor's Center, Bev Taylor, who has some inflexible opinions and doesn't hesitate to inflict them on bystanders. So when Bev is stabbed and her body laid out on the Lincoln catafalque like one of the historical displays, there are plenty of potential suspects. But when Trevor, a dear friend of Kit's, becomes the prime suspect, she must put all her considerable sleuthing skills in play to clear him of the deed, especially after Trevor's own boss becomes the second victim of a vicious murderer. Shogan's richly detailed glimpse into the workings and history of Washington is this one's main draw. Publishers Weekly

Larceny at the Library - (Washington Whodunit) by Colleen Shogan (Paperback)

Homicide in the House - by Colleen J Shogan (Paperback)

Gore in the Garden - (Washington Whodunit) by Colleen Shogan (Paperback)

Dead as a Duck - by Colleen J Shogan (Paperback)

Larceny at the Library - (Washington Whodunit) by Colleen Shogan (Paperback)

Gore in the Garden - (Washington Whodunit) by Colleen Shogan (Paperback)

Homicide in the House - by Colleen J Shogan (Paperback)