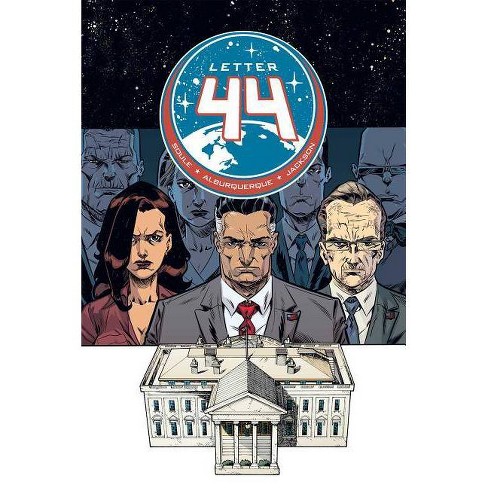 $46.99
no reviews yet
be the first!be the first! ratings
Shipping
Free standard shipping with RedCard
Loading, please wait...
Help us improve this page

Charles Soule was born in the Midwest but often wishes he had been born in space. He lives in Brooklyn, and has written a wide variety of titles for a variety of publishers, including others' characters (Swamp Thing, Superman/Wonder Woman, Red Lanterns (DC); Daredevil, Star Wars: Poe Dameron, Inhuman (Marvel)); and his own: 27 and Curse Words (Image); Strongman (SLG) and Strange Attractors (Archaia), and Curse Words. When not writing--which is rare--he runs a law practice and works, writes and performs as a musician. One of his biggest regrets is never personally witnessing a Space Shuttle launch. Alberto Jimï¿½nez Alburquerque is an artist born, raised and currently living in Madrid, Spain. He has put lines in French comic-books (BD's) for almost a decade now, working for Paquet Ed. and Soleil Ed. Some of his titles are: Fugitifs de l'Ombre (Paquet), Le Dieu des Cendres (Soleil), and Elle (Soleil). He has also drawn some short stories for the American comics Skullkickers (Image), Pathfinder's Goblins (Dynamite), and Robert E. Howard's Savage Sword and Mystery Girl (Dark Horse). Dan Jackson has been gainfully employed to one degree or another with the coloring of comic books for the better part of 17 years. He's done other Great Big Projects with the fine folks at Oni Press, and he's done a bunch of covers and short projects with them as well. He's a pretty versatile guy. Even writes his own bios. Mr. Jackson lives in the beautiful Pacific Northwest with his scorching hot wife and two hilarious kids.
If the item details above aren’t accurate or complete, we want to know about it. Report incorrect product info.