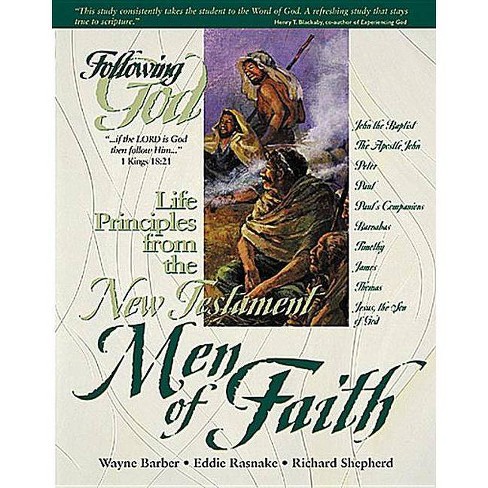 Wayne Barber is the Senior Pastor of Hoffmantown Church, Albuquerque, New Mexico. A renowned national and international conference ministry speaker, the primary goal of Wayne's ministry is in spreading the message of "the sufficiency of Christ." People around the world connect with Wayne's unique ability to make God's Word come alive through his honest and open "real life" experiences. Wayne has authored or co-authored several books, and his most recent book, Living Grace, was published in 2005. He also authors a regular column in AMG's Pulpit Helps monthly magazine. For eighteen years he served as Senior Pastor-teacher of Woodland Park Baptist Church, in Chattanooga, Tennessee, and for many years of those years in Chattanooga, Wayne co-taught with noted author Kay Arthur of Precept Ministries and has studied under Dr.Spiros Zodhiates, one of the world's leading Greek scholars. Wayne and his wife Diana have two grown children and now make their home in Albuquerque.

Richard L.Shepherd has been engaged in some form of ministry for more than twenty years, focusing on areas of teaching, discipleship, and prayer. He has served in churches in Alabama, Florida, Texas, and Tennessee and now serves as Director of Prayer and Spiritual Awakening with the Florida Baptist Convention. For nearly seventeen years (1983-2000), Rick served as an associate pastor at Woodland Park Baptist Church in Chattanooga, Tennessee. The Lord's ministry has taken him to several countries, including Haiti, Romania, Ukraine, Moldova, Italy, Israel, England, and Greece, where he has been involved in training pastor, church leaders, and congregations. Rick has also lectured on college and seminary campuses. he graduated with honors from the University of Mobile and holds a Master of Divinity and Ph.D. from Southwestern Baptist Theological Seminary in Forth Worth, Texas. He and his wife Linda Gail have four children and make their home in Jacksonville, Florida.

Eddie Rasnake met Christ in 1976 as a freshman in college. he graduated with honors from East Tennessee State University in 1980. he and his wife, Michele, served for nearly seven years on the staff of Campus Crusade for Christ. Their first assignment was the University of Virginia, and while there they also started a Campus Crusade ministry at James Madison University. Eddie then served four years as campus director of the Campus Crusade ministry at the University of Tennessee. In 18989, Eddie left Campus Crusade to join Wayne Barber at Woodland Park Baptist Church as the Associate Pastor of Discipleship and Training. He has been ministering in Eastern Europe in the role of equipping local believers for more than a decade and has published materials in Albanian, German, Greek, Italian, Romanian, and Russian. Eddie serves on the boards of directors of the Center for Christian Leadership in Tirana, Albania, and the Bible Training Center in Eleuthera, Bahamas. he also serves as chaplain for the Chattanooga Lookouts (Cincinnati Reds AA Affiliate) baseball team. Eddie and his wife Michele live in Chattanooga, Tennessee, with their four children.